Filmmaker Om Raut on Wednesday announced the final wrap of magnum opus Adipurush starring Prabhas, Kriti Sanon and Saif Ali Khan. Post the wrap, team will now begin with the film’s post production as it gears up to hit the screens next year. 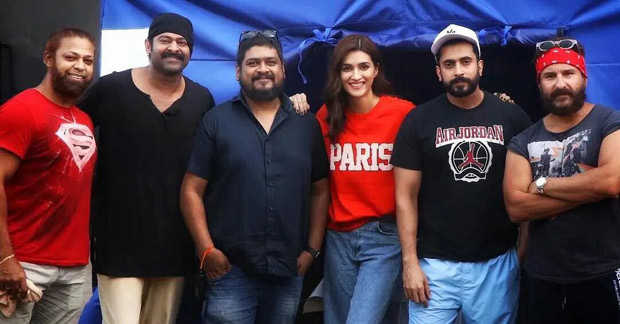 Sharing a photo with the cast on his Instagram handle, Om wrote, “It's a shoot wrap for Adipurush!!! A wonderful journey has come to its finish line. Can't wait to share with you the magic we have created.#Adipurush #103DaysOfShoot.”

The film is based on the Hindu epic Ramayana. Produced by T-Series Films and Retrophiles, the film features Prabhas as Lord Ram, while Kriti plays the role of Janaki (Sita). It also stars Saif Ali Khan as Lankesh and Sunny Singh as Lakshman.

Last week when Prabhas had wrapped up the film, Om had shared pictures from the celebration, wherein the actor and the director can be seen posing together. Om had captioned it as, “Last day, last shot and tons of amazing memories but the journey is not over yet! See you soon darling @actorprabhas”.

The epic drama is scheduled to release on August 11, 2022, which will clash with Akshay Kumar’s Raksha Bandhan. Adipurush will release in Hindi, Tamil, Telugu, Kannada, and Malayalam in theatres.