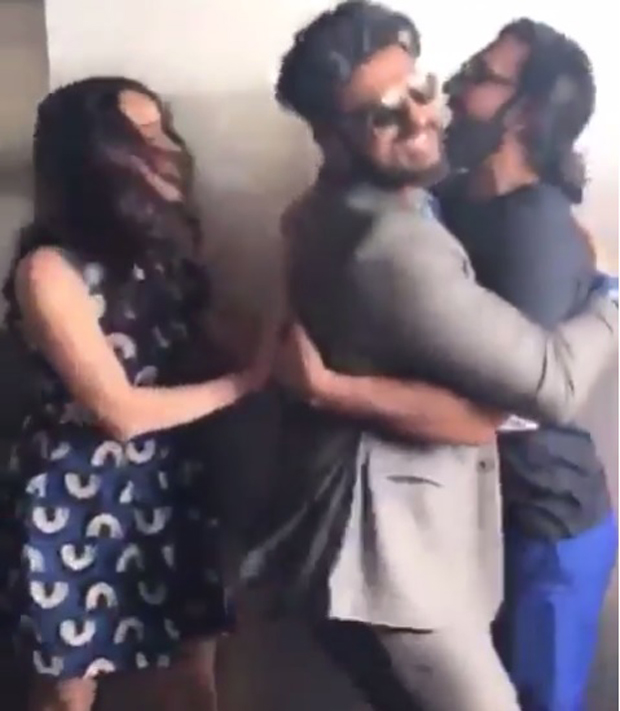 Over the years, one thing that has come into the limelight is the never ending bromance between Gunday actors Arjun Kapoor and Ranveer Singh. From the movie days to this day, the love has only grown between them. Even when Arjun Kapoor's Half Girlfriend trailer was out, Ranveer Singh admitted in a hilarious post that he is ready to become his full girlfriend.

During the promotions of the film, the Gunday actors bumped into each other and had the most hilarious video for the fans.  Now, in a recent video, Arjun Kapoor is seen introduces Ranveer Singh as a person bit more than a costar but bit lesser than a lover. He then instructs the cameraman to pan towards his left where we can see his Half Girlfriend co-star Shraddha Kapoor. Then, Arjun instructs the cameraman to pan more towards his left where a jovial Ranveer Singh is eagerly standing. He says, “Hi main hoon Arjun ki real life Half Girlfriend” and he even goes on to call Shraddha Kapoor “Kalmoohi”.

Directed by Mohit Suri, Half Girlfriend is slated to release on May 19.