We all know of the quirky, witty and bold host that Karan Johar is on Koffee With Karan. And now like Kareena Kapoor Khan had once said he is all over the television. Whether it is mentoring or being a reality show judge, Karan has taken up all kinds of roles in the small screen and also when it comes to big screen. But did you know his love for TV started 30 years ago? 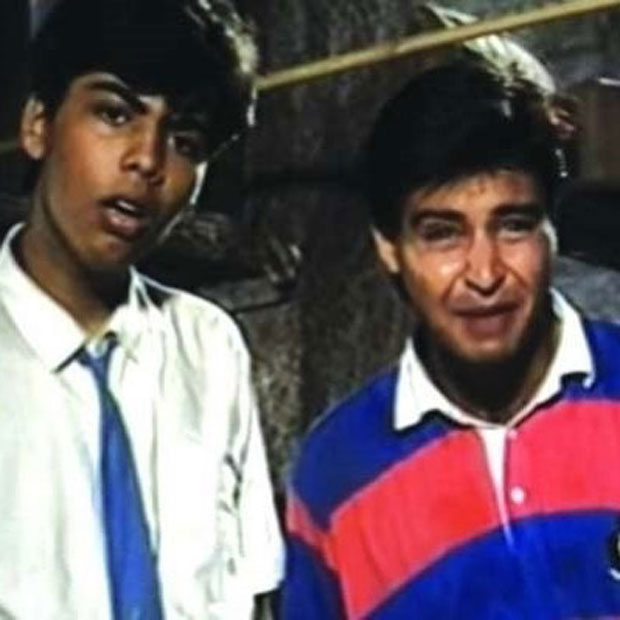 NOSTALGIA! Karan Johar shares his 30 year old TV debut and it is perfect for this flashback Friday!

Every time we think about watching Karan Johar on TV, we probably recollect the filmmaker as the host occupying the Koffee couch and playing rapid fire with his celebrity friends. But what you didn’t know is that Karan Johar made his debut on small screen in an Indian sci-fi show way back in 1989 called Indradhanush.

Reminiscing about those days, which was almost three decades ago, it seems that Karan Johar was in a nostalgic mode recently. He took to Instagram to share this post from his TV series days and gave us a glimpse of his role in Indradhanush. In fact, he further captioned it saying, “My first appearance in front of a camera! It was for a television series called INDRADHANUSH! With #akshayeanand! I can’t believe this was 30 years ago.”

Yes, during those days, it was DD Doordarshan which ruled Indian television. In fact, Karan Johar’s best friend and superstar Shah Rukh Khan too entered the entertainment industry through TV. Speaking on Indradhanush [Rainbow in English], it was a much progressive concept then with only 13 episodes that focuses on concepts such as alien existence, time travel and cloning. Karan Johar played the character of Srikant who is one of the protagonist’s brother’s batch mate.

It featured Akshay Anand who is popularly known for his roles in films like Zakhm and Ghulam, in the lead role. Besides him, the series also featured some iconic Bollywood A-listers like filmmaker Ashutosh Gowariker, Urmila Matondkar, Vikram Gokhale, Girish Karnad among others.