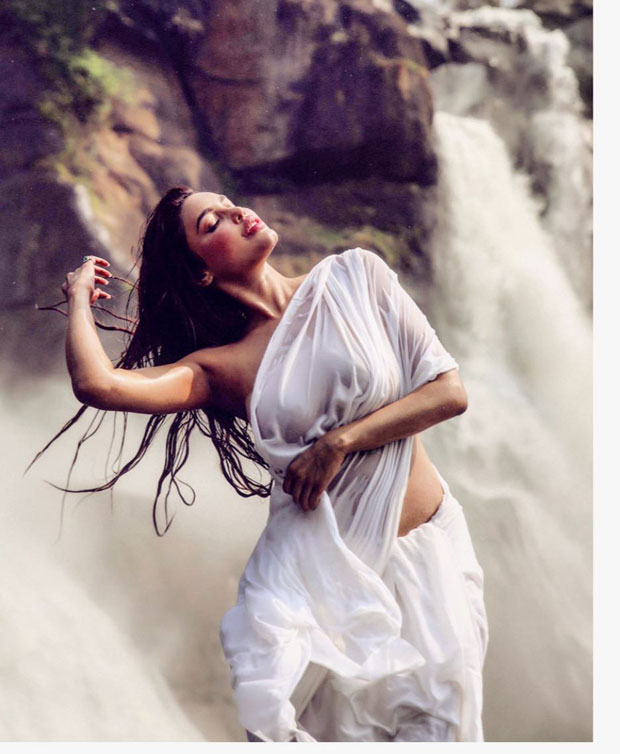 While shooting, Gizele Thakral is literally breaking the Internet in her hot avatar. She is wearing white saree & posing under a waterfall. She looks sizzling hot in wet saree in slender waistline & sexy figure. This scene evokes us the 'Ram Teri Ganga Maili's Mandakini.

Sources say, "Every time Gizele surprises her followers & fans with different hot pics in social media.She is bold enough to experiment with her hot looks." 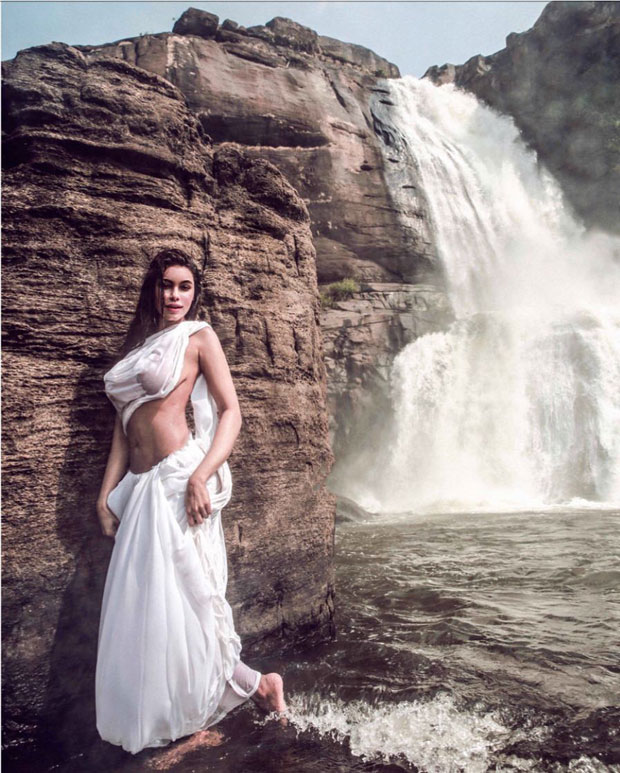 While shooting at a beautiful location On Location, Gizele said, "I'm blessed with an exotic look like Portuguese. People compare me with Kim Kardashian. I should experiment with my unique features and I believe my fans & followers like to see me in different looks. For this project also, I'm coming up with some never seen poses."

Sharing the sensuous photograph on her Instagram account, she captioned the image, "It was so much fun taking shower in the waterfall."

On her work front, Gizele Thakral was the calendar girl for Kingfisher in 2011. The model began her career when she was just 14 years old. But, the model became a household name after her stint in the reality show, Bigg Boss season 9. Gizele made to the news sites when she allegedly kissed her Bigg Boss co-contestant Prince Narula. He won Bigg Boss season 9.

ALSO READ: HOT! Aisha Sharma STEAMS it up with her sexy photoshoot