Nora Fatehi is the Queen of luxury and she keeps her styling simple and chic with a touch of luxurious oomph. She never fails to stun with her look, her Instagram is fire and so is her daily style. Nora has been out and about in the city making super styling appearances of recent. She has also been pulling off desi looks these days and we’re all in awe of her beauty. 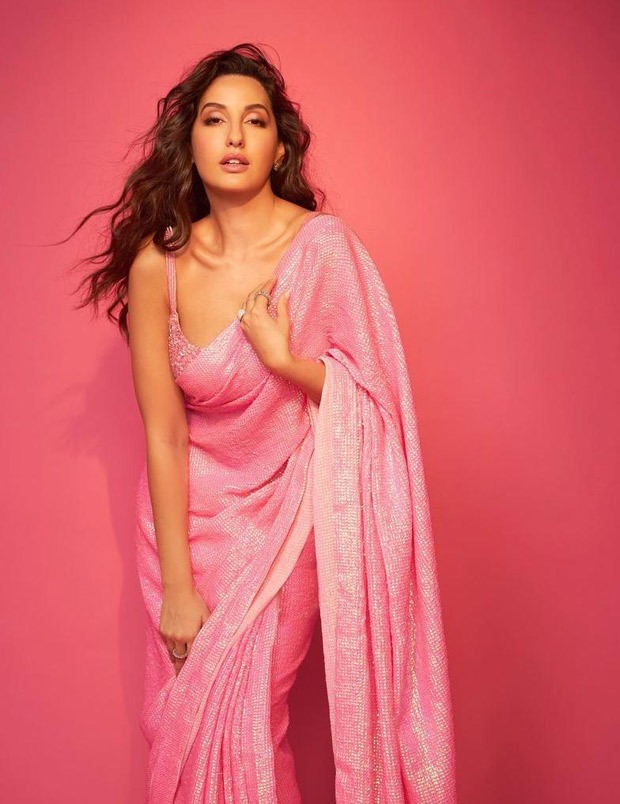 On Monday, Nora Fatehi stunned in a beautiful pink saree. She looked bespoke in a candy rainbow sequin sari worn with a sequin choli from Akanksha Gajria. She looked hot in a bustier blouse with heavy work. Nora looked fresh with shimmery makeup, blush pink shimmery eye shadow, her hair were in soft beach waves. We are charmed by Nora’s sizzling desi look. She exudes elegance in the pink saree which hugs her in the right places and accentuates her curves. 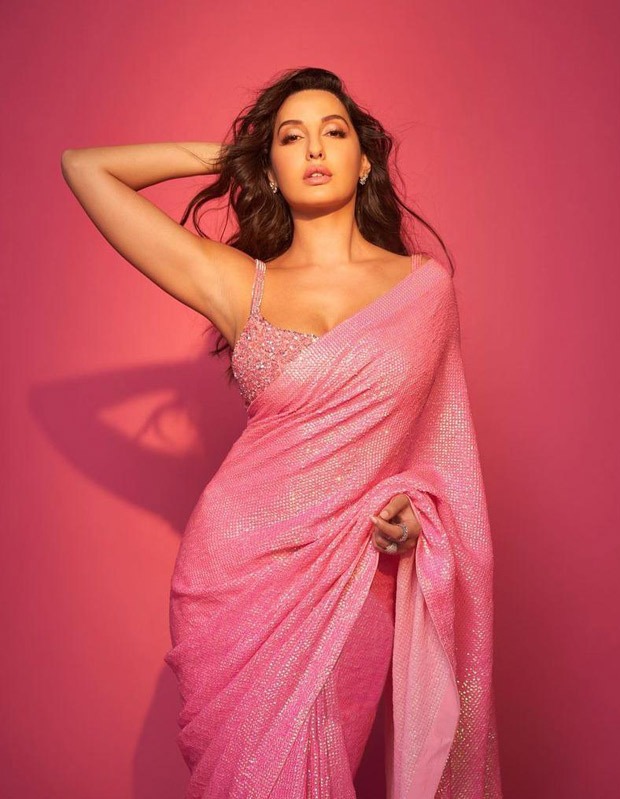 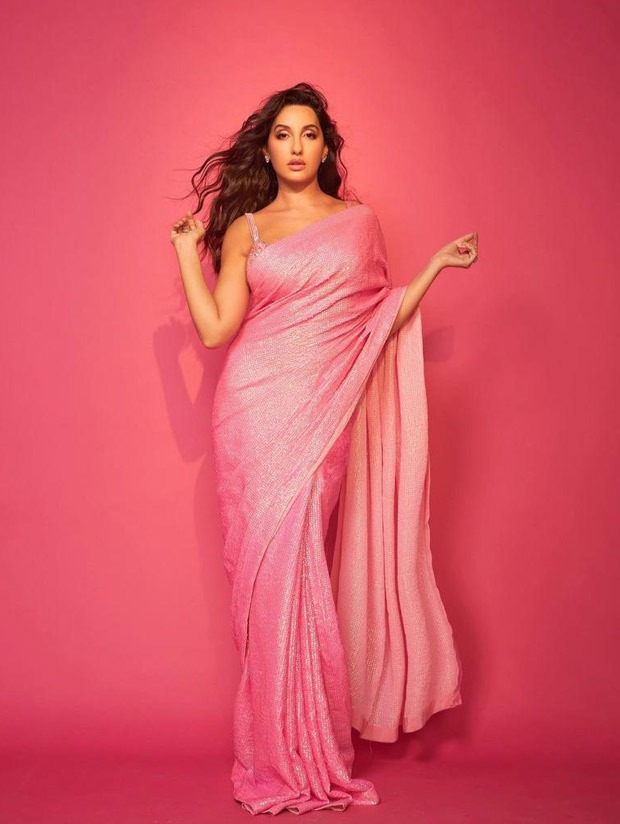 On the work front, she is going to play the role of a spy opposite Ajay Devgn in the upcoming film, Bhuj: The Pride of India. The film also stars Sanjay Dutt, Sonakshi Sinha and Sharad Kelkar in pivotal roles. The film is helmed by Abhishek Dudhaiya and it revolves around the story of 300 women from Gujarat who played a significant role during the Indo-Pak war.