It takes a lot for an actor to prove his or her worth as a professional. Overcoming odds and working long hours without breaks, rehearsals and continuous effort to improve one's skill set are just some of the things that artistes are required to do to ensure they carve a space for themselves in the industry. Take actress Nora Fatehi for instance. Although she started out as a dancing star, she worked meticulously to make an identity for herself as an actor, which explains why she has been cast opposite Varun Dhawan in Street Dancer 3D. 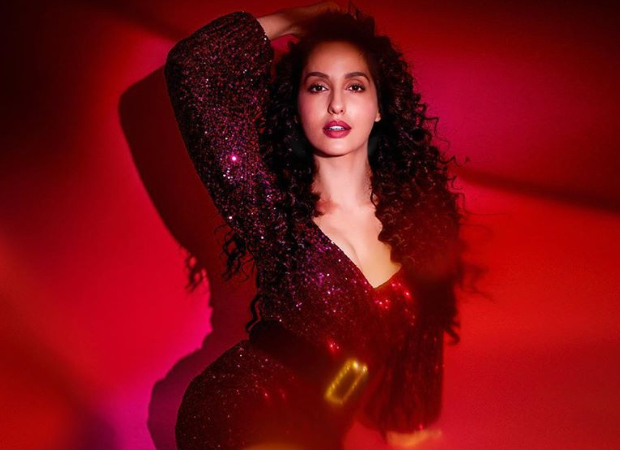 The Remo D'Souza film features her in the character of a dancer who is in love with Varun's character. The makers of the film launched the song 'Garmi' this afternoon. The song, which is being talked about for Varun and Nora's undeniable chemistry and timing as dancers, has a little back story. Nora, who plays a trained dancer in the film, was required to wear stilettos for this song. High-heeled shoes only added to the difficulty level of the performance that she was expected to deliver. If this was not enough, the actress also injured her knee on the very first day of the shoot.

Given that her clothes were well-fitted and were meant to accentuate her oomph factor, the actress refused to wear knee pads for the shoot, as she didn't want it to affect her overall appearance in the song. The actress shot the entire song without the use of knee-pads and pulled off a difficult song with absolute ease!

Street Dancer 3D, helmed by Remo D'souza, stars Varun Dhawan and Shraddha Kapoor and is scheduled to release on January 24, 2019.