Steven Spielberg fans can rejoice as a new set of photos and new details of West Side Story starring Ansel Elgort and Rachel Zegler as the new Tony and Maria are here! The film will also star Broadway actress Ariana DeBose as Anita, Rita Moreno, the original Anita, as Valentina, and the grand Mambo dance-off number. 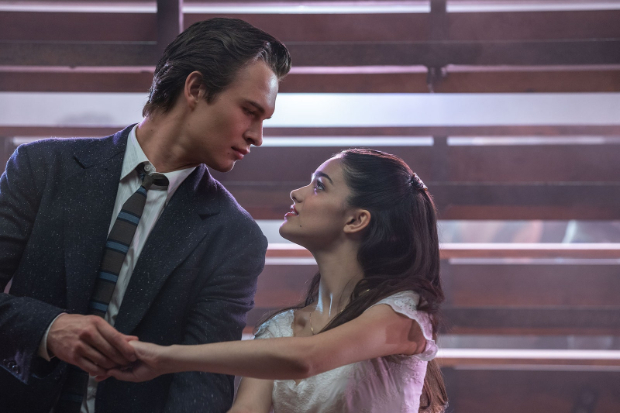 Speaking to Vanity Fair about the highly anticipated remake, Spielberg said, “This story is not only a product of its time, but that time has returned, and it’s returned with a kind of social fury. I really wanted to tell that Puerto Rican, Nuyorican experience of basically the migration to this country and the struggle to make a living, and to have children, and to battle against the obstacles of xenophobia and racial prejudice.”

During the conversation, the filmmaker also revealed that she wanted to keep the authenticity of the film and that is why he wanted performers with Hispanic backgrounds to play the character. "They brought an authenticity,” he said to Vanity Fair. “They brought themselves, and everything they believe and everything about them—they brought that to the work. And there was so much interaction between the cast wanting to be able to commit to the Puerto Rican experience. They all represent, I think, a diversity, both within the Puerto Rican, Nuyorican community as well as the broader Latinx community. And they took that seriously.”

An adaptation of the 1957 musical, West Side Story explores forbidden love and the rivalry between the Jets and the Sharks, two teenage street gangs of different ethnic backgrounds.

FIRST LOOK: #WestSideStory has been Steven Spielberg’s passion project decades in the making. Now, he’s bringing Tony, Maria, the Jets, and the Sharks back to the big screen, along with original cast member (and Oscar winner!) Rita Moreno, who says he has done “an incredible job” of updating the story—not to mention righting wrongs from the beloved 1961 film. At the link in bio, get your exclusive look at the American classic reimagined for our time. ???? #WestSideStoryMovie