It's been more than one year since Rishi Kapoor passed away after prolonged battle with cancer. Since then, the veteran actor, Neetu Kapoor has been living on her own and wants to keep her privancy. In a recent interview, Neetu Kapoor mentioned that she wants her children, Riddhima Kapoor Sahni and Ranbir Kapoor, to get settled in their own lives and stand on her head. 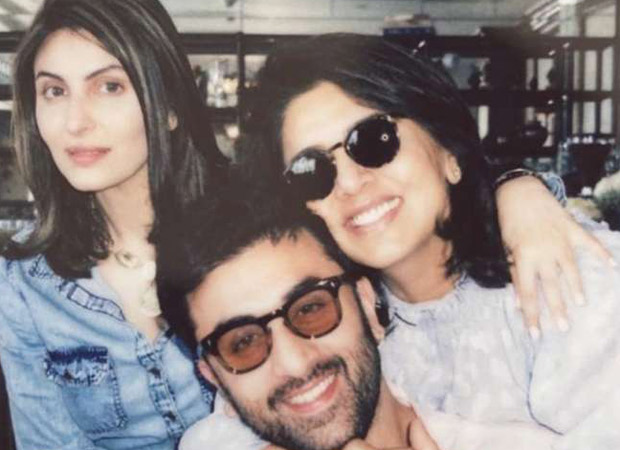 Riddhima Kapoor Sahni lodged with Neetu Kapoor in Mumbai last year during the lockdown after the death of Rishi Kapoor, but Neetu wanted her daughter to go back to Delhi and continue her life with her husband.

In an interview with Filmfare, Neetu mentioned., “I want them to be busy with their lives. I say mere dil mein raho, mere sar pe mat chadho (stay in my heart, don’t stand on my head). When Riddhima was with me for the pandemic, I was so stressed for one year because she couldn’t go back. I used to get so restless. I used to tell her Riddhima to go back, Bharat is alone. I was literally pushing her away. I like my privacy. I am used to this way of life.”

Neetu Kapoor reveals how arduous it was for her when Ridhimma left for her studies and went to London, but she got used to the lifestyle, and it wasn't uphill for her when Ranbir Kapoor left for his studies. Neetu spilled. “I remember when Riddhima was going to London to study I used to howl for days. If someone would even come to meet her and say goodbye I used to start crying. But when years later Ranbir went, I didn’t. He told me, mom you don’t love me. But it isn’t that. It was just that I had gotten used to that life, of living away from a child. So when it happened again, I was prepared. I think those times when they were abroad made me stronger and made me feel that I am okay being alone,”

On the professional front, Neetu Kapoor will make a comeback soon with the movie Jug Jugg Jeeyo starring alongside Anil Kapoor, Varun Dhawan and Kiara Advani.