Rishi Kapoor is in New York for his medical treatment. Last year in September, he had updated on social media that he is heading to New York for treatment but kept the medical information under wraps. After much speculation, on New Year's Eve, Neetu Kapoor hinted that the actor indeed is getting treated for cancer. 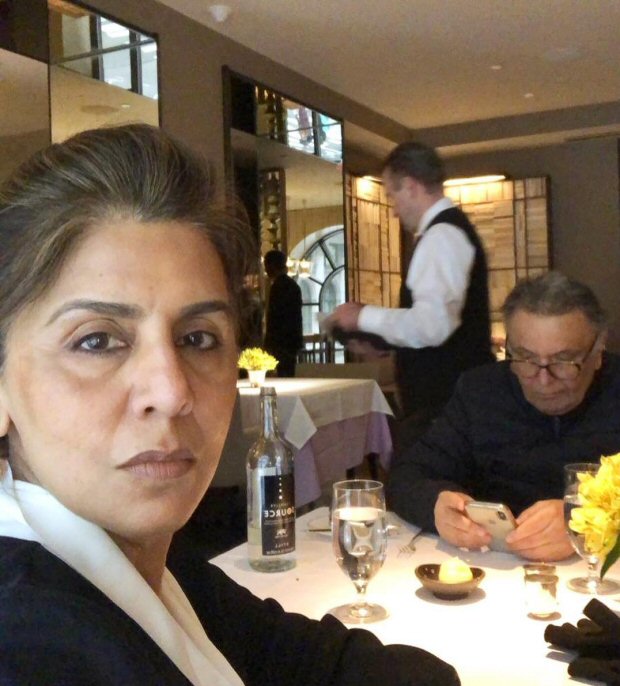 On Wednesday, Rishi Kapoor and Neetu Kapoor were out for lunch. And she described how their marriage looks after 38 years. “Lunch date. This is what happens after 38 years of marriage. Husband on the phone and I’m clicking selfies,” Neetu captioned the picture, while taking a selfie as Rishi was busy on the phone.

The Kapoor family suffered a tragic loss last year when Krishna Raj Kapoor passed away. Rishi Kapoor, Neetu Kapoor and Ranbir Kapoor could not be in attendance for the funeral as Rishi has been undergoing treatment in New York. Ranbir has been busy with work schedule but as soon as he gets off work, he flies to NYC to be with his family. Just recently, he and his girlfriend Alia Bhatt spent New Year’s together in New York.