Rishi Kapoor is in New York for his medical treatment. He had updated his fans on September 29 that he is leaving for treatment but kept the medical information under wraps. While they have been rumours around his disease, the Kapoor family has told the media to not speculate anything. 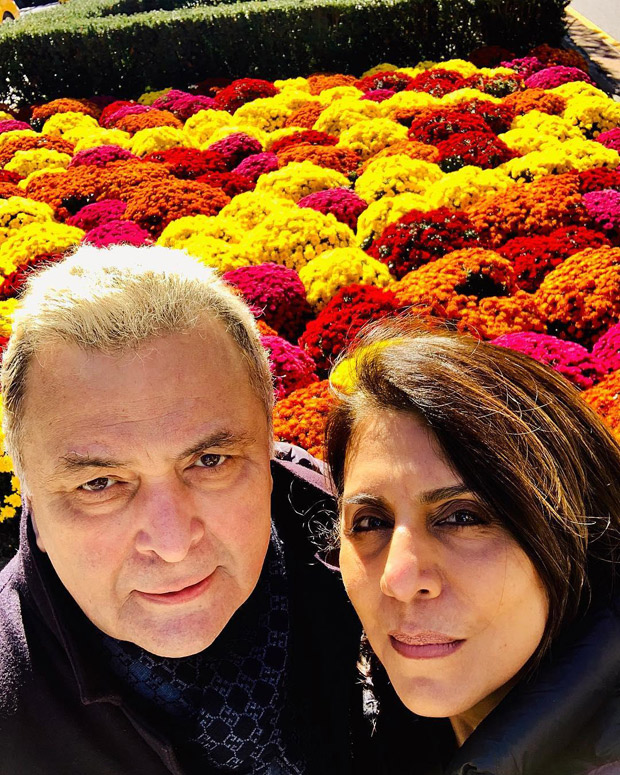 Meanwhile, Neetu Kapoor is keeping the fans updated on social media by sharing pictures with Rishi Kapoor and Ranbir Kapoor. On Saturday, she shared a picture with Rishi against the backdrop of beautiful flowers on a sunny day. Neetu wrote, “Nature teaches us to appreciate #flowers #beautiful#happycolors#.”

The Kapoor family suffered a tragic loss recently when Krishna Raj Kapoor passed away. Rishi Kapoor, Neetu Kapoor and Ranbir Kapoor could not be in attendance for the funeral as Rishi has been undergoing treatment in New York.