NCT DREAM is back and how. The South Korean group, a seven-member subunit from SM Entertainment's NCT boy band has made their comeback with their first studio album 'Hot Sauce' released on May 10 along with the music video for the lead track. 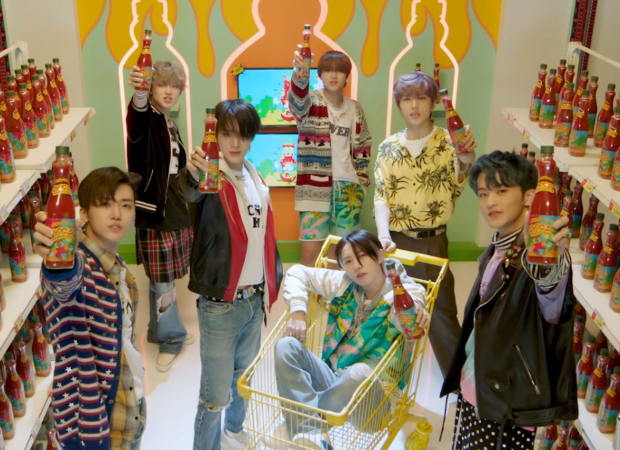 The title track is a hip-hop song with afrobeat elements featuring the seven members - Mark, Renjun, Jeno, Haechan, Jaemin, Chenle, and Jisung. NCT DREAM boasts of strong charm and confidence that is stimulating like hot sauce and one can't escape from it. The chill vibe and addictive beats add to the fun side of the song. "Hot sauce deeply dip that eh / You follow me and twist that eh / Hot sauce when it burns ooh / Pick as you like ma dish / Don't let your guard down at all uh / It'll be watertight."

The Korean title '맛' which translates to taste/flavour implies a strong, hot, and spicy flavour of the group. The 10-track album includes songs like 'Rainbow', 'Rocket', 'My Youth', 'Count Down' and 'Be There for You' among others which focus mainly on their brotherhood and team spirit.

Ahead of the 'Hot Sauce' release, the album has already become a million-seller with preorders reaching 1.71 million copies as of May 9.