This National Doctors’ Day, Ayushmann Khurrana and team unveil another look of the actor from Junglee Pictures’ Doctor G. Directed by Anubhuti Kashyap, Ayushmann is portraying the role of a gynaecologist in this campus comedy drama, alongside Rakul Preet Singh and veteran actor Shefali Shah. 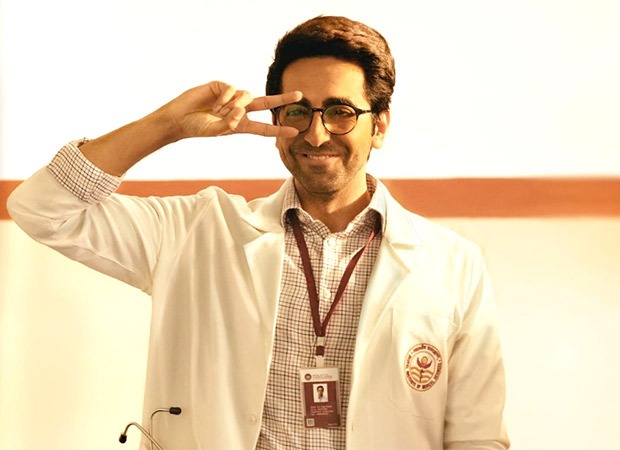 Ayushmann Khurrana, on this special occasion of National Doctors’ Day, wishes all the hardworking medicos who have time and again dedicated their lives to the service of others. Celebrating this day, he has also given his fans a sneak-peek on the most anticipated question, what does ‘G’ in Doctor G stand for? Taking to his social media, Ayushmann Khurrana shared his latest look from the film and wrote, “G se Gynecologist ???????? G se Gupta ✌️ That’s our #DoctorG ????‍⚕️Doctor Uday Gupta aka #DoctorG and team ki taraf se wishing all the G se Genius doctors a #HappyDoctorsDay ✨”

Earlier, Ayushmann had spoken about shooting for Doctor G and how the beautiful locales explored during the shoot of the film has garnered a special place in his heart. He had said, “For Doctor G, I’m fortunate to be visiting the heart of India and seeing it in its full glory. I’m shooting in Bhopal for the first time in my career and the city of lakes is a beautiful place. I’m bowled over by the warmth of the people and they have won my heart forever.”

The makers of ‘Doctor G’ are looking forward to commemorating this day with a new picture of Ayushmann Khurrana’s character from the film. While he has played a sperm donor in his Bollywood debut, his role as a gynaecologist will be his first. Directed by Anubhuti Kashyap, the producers Junglee Pictures are yet to announce its release date.

Also Read: “Children belong in schools, not workshops, factories, agricultural fields or as domestic labourers”- Ayushmann Khurrana speaks up on the occasion of World Day Against Child Labour