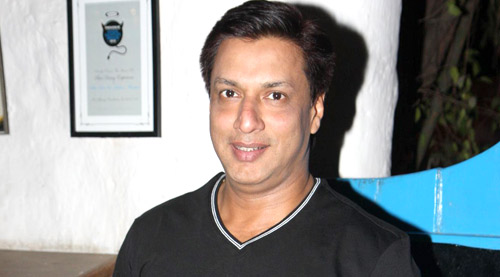 For me the highest honor that a film maker can be bestowed with in this country is the National Award. I have been the fortunate recipient of several National Awards and I bow

before the sanctity of the institution of National Awards. For me this award is a recognition bestowed by the nation itself.


Recently, a group of film makers got up and announced that they were going to return their National Awards as a mark of protest against a government who is hostile against the creative forces. But

what is amazing is that the way it is being done. The timing and the method seems all convoluted.


When a maker gets an award he thanks his entire team for this glorious moment; The director though is the captain of the film but without his unit members of writer, actors, cinematographers,

editors and many more would just be a titular head. But when it comes to returning the award this person just gets up one day and announces that he/she will return the award because they aren't

happy with the present line of leadership. No consent was ever been taken from the unit who contributed to this award.

is bestowed by the nation and not by a single line of leadership. Your personal likes and dislikes was never the reason for you receiving this award and it should be the reason otherwise also. What

baffles me is the reason for their dissent.


According to the law of the land the present government shall stay in power till 2019; does that mean that these makers shall not accept any awards, grants or government subsidies for their films

all through the term?


This country unfortunately has seen many riots, tragedies and bans. No voices were raisedâ€¦ No awards were returned? Were these lesser tragedies or did they not deserve the outcry that is out there


Cinema as an art form binds the country together. But when you use this very platform as a tool to further your own personal cause you tend to foil the sanctity of the medium. There are other means

and ways to protest and to be heard; but my personal belief is ; is it really required to defoil the respect an age old revered institution like the National Award to be heard?


National Awards are not given on personal choices. There is a jury involved along with the highest state machinery. When you return the award you not only disrespect the unit of your film, but also

disrespect the jury and the President of the country. All these people have no link to your faith or your belief.


At the end all I can say is that Please respect the National Award as it is the pride of this very country.