The exquisitely talented Nandita Das took her second directorial venture Manto to the Cannes Film Festival this week. It was tonic to the eyes to see Nandita and her leading man Nawazuddin Siddiqui wearing colour-coordinated pink at the Festival. 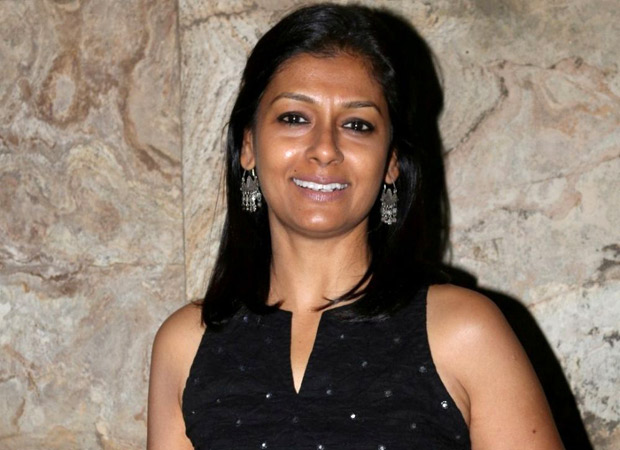 ​Laughs Nandita, "Do you know it was complete coincidence that Nawaz and I wore the same colour for our premiere?! Even the same shade of pink! That's what I call a director-actor tuning...almost telepathic! I arrived at the festival already exhausted with all the last minute work that I had to do on the film. And this after weeks of 18 hour days. But the carnival-like energy here lifted my spirits. I began to feel the excitement and nervousness of a director whose film is going to be screened at the most prestigious film festival in the world, with the toughest-to-please audiences and critics.​"​

​Nandita​ on stage at the presentation before the premiere. ​But she would not go on stage without the entire team. "We had a contingent of 20 odd producers and a mix of cast and crew. They all had come with much excitement and anticipation and it was a first time for most. I wanted to make it special for them and share this moment with all of them. The head of the Cannes Film Festival, Thierry Fremaux, who had the task of reading out all the names, graciously did so. At the end when I smiled at Thierry apologetically, he, in good spirits said, “it’s ok, it’s India!”

Manto got a rousing reception. Says Nandita, "Cannes is not new to me. I have been coming here since I was invited in the main jury in 2005. Including more recently, to raise funds for Manto. But this time was like no other time. On the day of the premiere, I was neither euphoric, nor nervous. Just happy. The fact this film actually got made is a miracle. For it to be in Cannes is the second miracle. So I was not even ready for the third one in a row - an overwhelming response from both audiences and critics. At the premiere we got a 4-minute standing ovation, strangers hugged me, sobbing. Some just sat in their seats still immersed in the experience. Some chose to walk out quietly, as if not wanting to break their experience. Six years of relentless work and challenges had finally found their culmination. So all I wanted to do was to just curl up and sleep! But no such luck. Next two days went in press interviews. Some questions were bound to be the same and some made me reflect on things I hadn’t thought about.​"​

​ Nandita says the feedback from reviewers was overwhelmingly positive. ​"Art is subjective and how people process your film is always intriguing. Most critics connected with the film, the characters and were immersed in the journey. The praise ranged from calling it the ‘Garam Hawa of our times’ to \handsomely mounted prestige piece’ there was no review that panned the film and that itself was a relief as Cannes critics can be merciless. Unsparing even of the star directors, like Lars Von Tier, Guardian wrote ‘ordeal of tiresomeness’ that was every bit exasperating” and for Asghar Farhadi’s film Financial Times said “The film dazzled…only on the red carpet”!

Also Read: Rishi Kapoor clarifies on the rift with Nandita Das by blaming a mischief monger for creating it