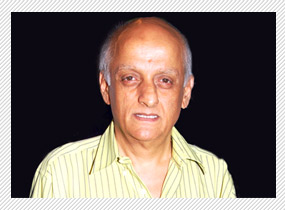 Producer Mukesh Bhatt, who has named his production banner after his son Vishesh, has never been more nervous.


Says the anxious father, "We've been producing films for 25 years. I've never been more nervous in my entire career as a producer. One thing I can tell you, my son has done me and the banner proud. We named our production house after my son Vishesh. Today I feel he has justified the production house's name. The film is not like any other film in the Murder franchise."


Mukesh thinks Randeep Hooda, Aditi Rao Hydari and Sara Loren would burn up the screen when the film releases this Friday. "Their chemistry has to be seen to be believed. I left the choice of heroines completely to my son Vishesh. Fortunately, he has a mind of his own which he uses judiciously."


The proud protective parent and producer says he was clean-bowled by his son's script. "It was unlike anything our banner or for that matter, anything tried by Hindi cinema before. The second shock Vishesh gave me was when he announced he wanted Randeep and not Emraan for the male lead. Considering Emmy is our own in-house hero it was really surprising. But then we need to get the banner out of a straitjacket. We need fresh talent that would steer Vishesh Films into new directions. No point in doing our trademark films over and over again. When audiences see what my son has done in Murder 3, they will be shocked beyond belief."


And to add a sense of triumph to the parental pride in Vishesh's debut is the fact that the banner celebrated its silver jubilee last year.