Last Updated 30.11.2021 | 6:16 PM IST
feedback language
follow us on
Bollywood Hungama » News » Bollywood Features News » Mrunal Thakur shines bright as she poses in the city of dreams in a boho set worth Rs. 19,000

Mrunal Thakur has paved a way for herself with her performances and her sartorial style. 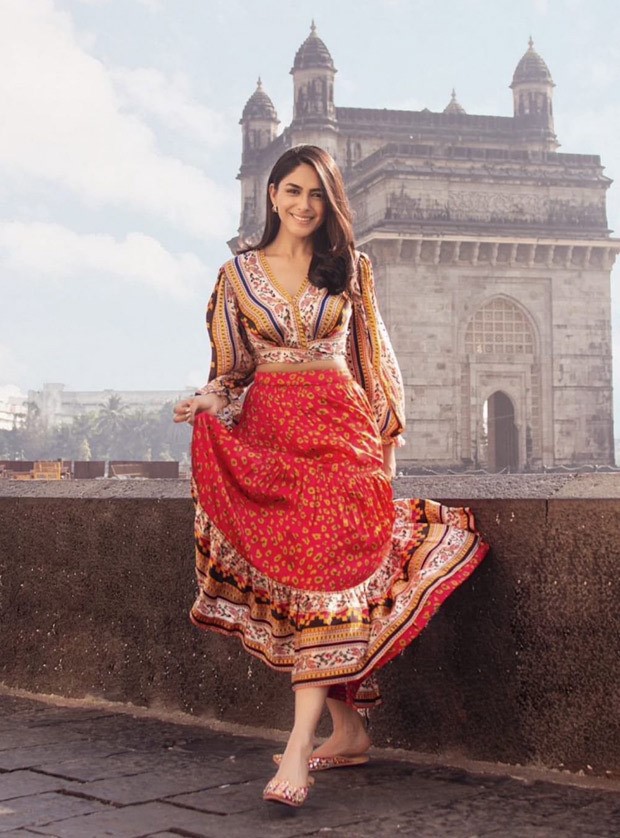 Mrunal posed against the beautiful backdrop of Gateway of India in a gorgeous set from Pallavi Singhee. She donned a tie up boho printed satin gathered cropped shirt worth Rs. 9,800.She paired the shirt with a printed, deep maroon midi skirt worth Rs. 10,000. The bright colours stood out against the clear blue skies of Mumbai city and Mrunal’s radiant smile shines the brightest. 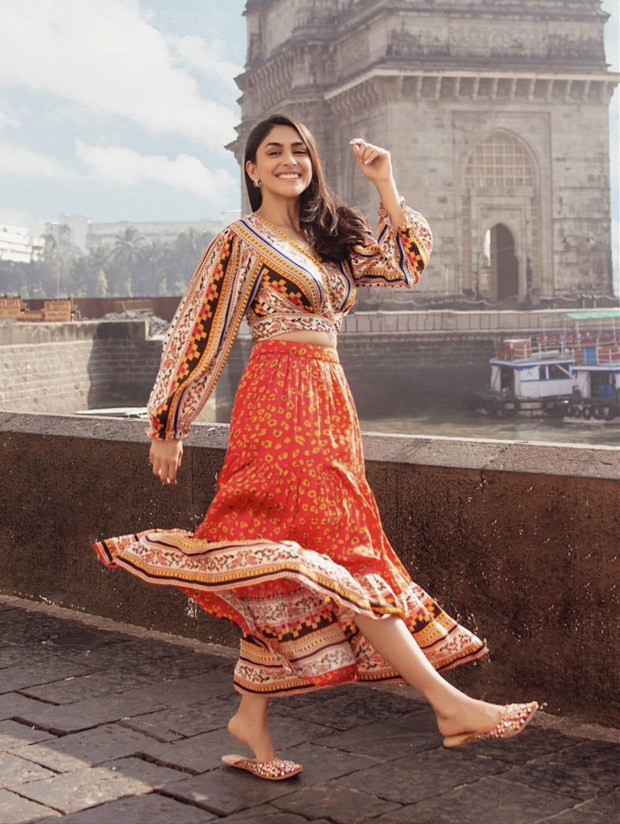 Mrunal Thakur started her career as a TV actress and is known for her role in the show Kumkum Bhagya. She then forayed into films with Love Sonia which was released in 2018. She made her Bollywood debut in 2019 with Super 30  starring opposite Hrithik Roshan. She was last seen in Toofan opposite Farhan Akhtar and will next be seen in Dhamaka.  She will be seen playinga reporter in this thriller also starring Kartik Aaryan. She will also be seen opposite Shahid Kapoor in sports drama Jersey. She also has Aankh Micholi and an untitled Telugu project by Hanu Raghavapudi in the pipeline. 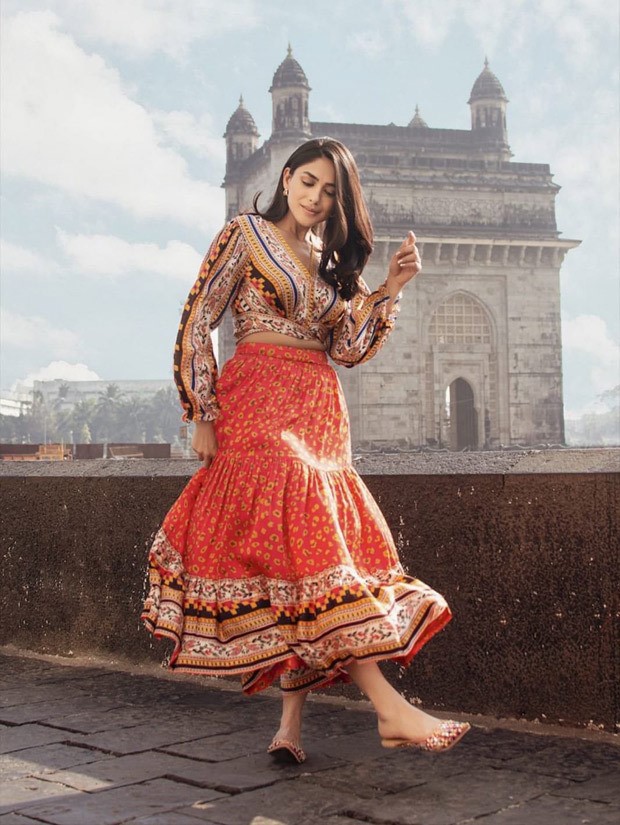