The who’s who of Bollywood stepped out on Thursday night to celebrate Dharma Productions’ CEO Apoorva Mehta's 50th birthday, which was organised by Karan Johar. Vicky Kaushal and Katrina Kaif made for a lovely couple as they strolled in, Sidharth Malhotra and Ishaan Khatter were also among the handsome fellas. Ananya Panday and Shanaya Kapoor were being their most daring selves. Bollywood stars like Mrunal Thakur, Arjun Kapoor, Parineeti Chopra were seen at the event. 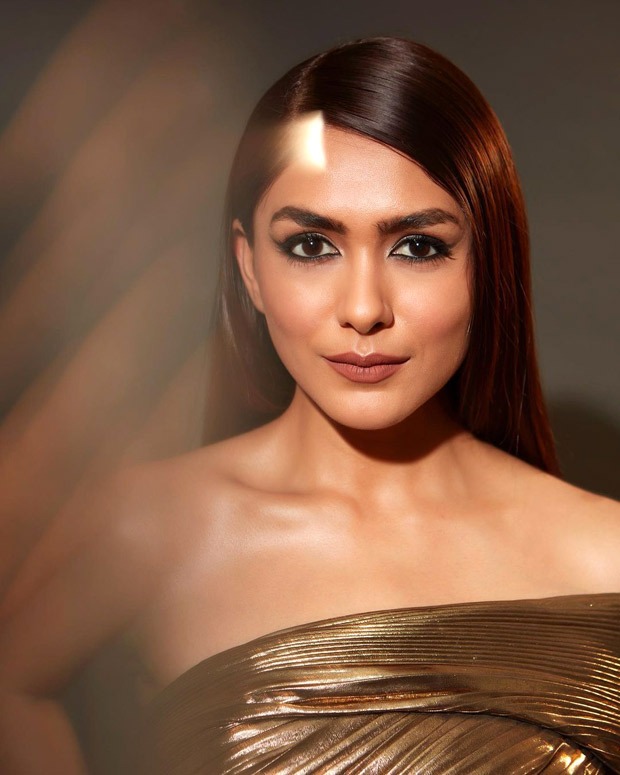 Mrunal Thakur looked bold and edgy in a gold metallic gown that showed off her curves. She wore an AZA gold metallic gown by Shivani Awasthi. The asymmetric one-shoulder gown featured a thigh-high slit, and attached structured drape, and gathers on one shoulder. The bottom of the gown has an extravagance of gold pleated flair and an invisible back zipper. 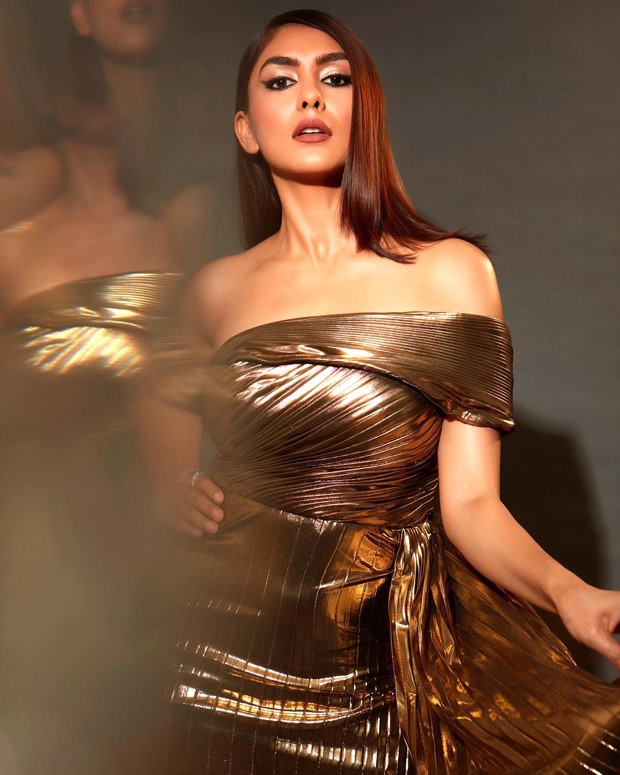 Her hair was brushed back in a stylish hairstyle. With a dark smoky eye, golden eye shadow, thick eyebrows, brown lip colour, and luminous skin, Mrunal limited her accessories to a bare minimum, allowing her outfit to speak for itself. 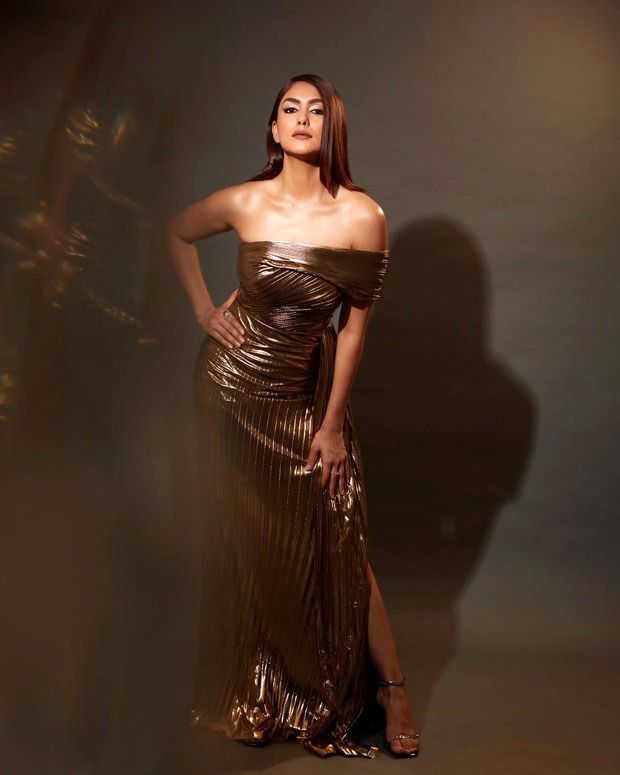 Her style was completed with Aurunment statement rings and golden Stilettos with Chain Accent.

Mrunal Thakur is a busy actress who has a number of projects in the works. She will next be seen in Jersey, which stars Shahid Kapoor, Pippa, starring Ishaan Khatter, and Gumrah, alongside Aditya Roy Kapur.

Also Read: Mrunal Thakur says a sensitive topic from her recent interview has been misunderstood and sensationalized- “Such incidents make public figures wary of speaking honestly”