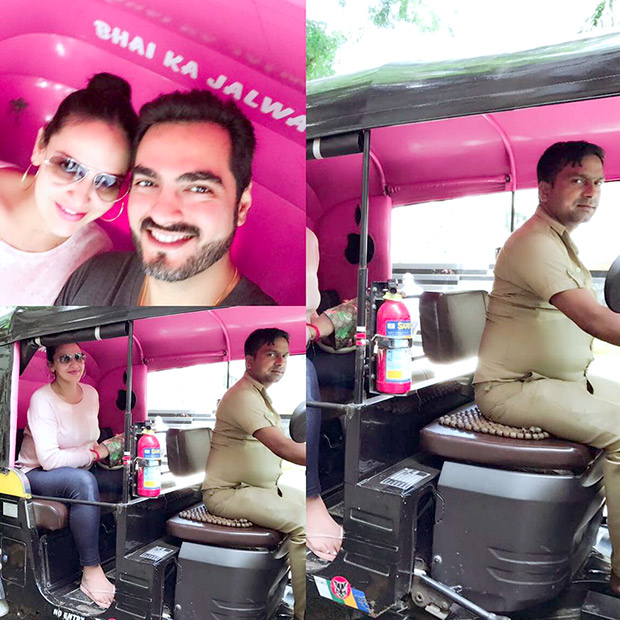 The last time we spotted Esha Deol, she couldn’t stop smiling after her doting family organized a surprise baby shower for the actress. The actress who tied the knot once again with hubby Bharat Takhtani during her Godh Bharai recently had an interesting day out with her partner on the Visarjan Day.

Esha Deol was seen on a lunch date with her husband and the actress decided to take a rickshaw back home on the Visarjan Day. A day ago, the much celebrated Ganesh Chaturthi came to an end with idols of the Lord being immersed in water. While almost all roads in the city were either blocked or secured to avoid any chaos, it seems that Esha decided to venture out for a date with her hubby dearest.

She even posted a collage of her ride on her Instagram page wherein she thanked her driver for a smooth ride saying, “Visarjan day post lunch date took a rickshaw ride back home!!! "bhai ka jalwa was a smooth rider"??? #Mumbai Meri jaan #BhaiKaJalwa #CoolBreeze #BackToBasics #RickshawRides #Hubby&me #LunchDate.”

Esha Deol, who was last seen in a Bollywood film in 2011, married Bharat Takhtani in June 2012 and the couple is now expecting their first child.

Lata Mangeshkar on why Ganesh Chaturthi this…