Bollywood stars Ranbir Kapoor and Alia Bhatt tied the knot on April 14 in Mumbai at their residence. The pair later revealed that they will soon become parents, giving their fans one more reason to celebrate with Joy. Following the news, the pair kept busy promoting their individual films—Ranbir with Shamshera and Alia with Heart of Stone and Darlings—and now, before they begin promoting Brahmastra, Ranbir and Alia have flown to Italy for around a week to spend some quality time together. 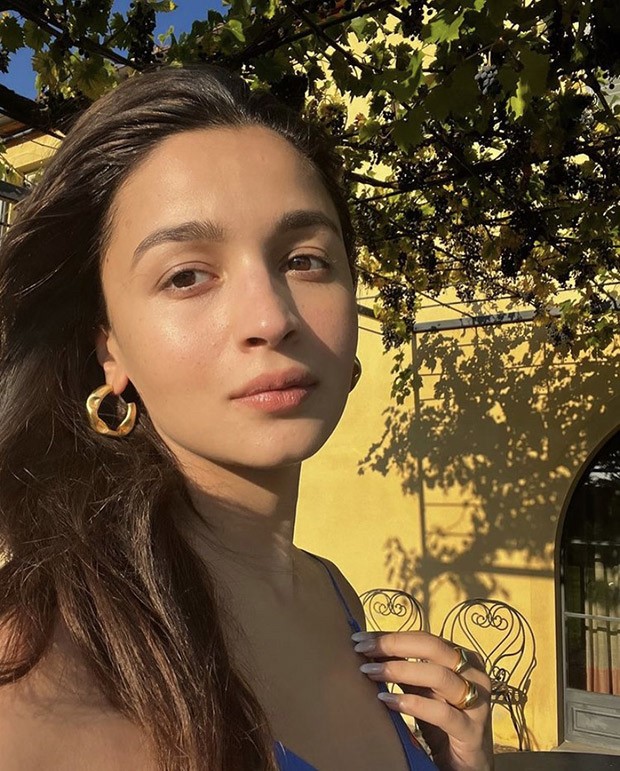 Alia Bhatt is currently on her baby-moon. The expectant mother posted a sun-kissed image of herself just as we were expecting for her to share updates from the same, and her pregnancy glow is clearly visible in the picture. Alia wore a blue strappy dress paired with golden jewellery, making for a stunning appearance. She stood in front of a yellow backdrop, acing the scenic contrast like a shining star, and her natural no-makeup appearance gave an additional beauty to her effortless aura. She expressed gratitude to her fans for their response to her most recent movie Darlings. Alia wrote, “Eternally grateful for this sunshine- Thank you for all the love my lovesss."

Sonam Kapoor who is also expecting her first child with husband Anand Ahuja took to the comment section and wrote “I went there for my Babymoon too! It’s literally the best! Have fun.” Alia’s mother-in-law Neetu Singh also commented, “My beauty (with a heart emoji).

Also Read: Alia Bhatt flaunts her baby bump as mommy-to-be as she steps out with Ranbir Kapoor and Ayan Mukerji for Brahmastra song ‘Deva Deva’ preview