Bollywood actor Mithun Chakraborty turns 71 today. Well-wishers and admirers of the actor took to social media to wish Mithun on his birthday. This year, the actor was in the news largely for being the star campaigner of BJP during the Kolkata elections which were held in the summer this year. 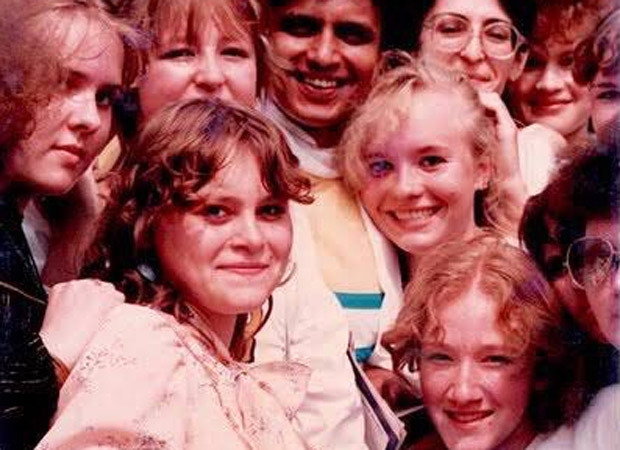 However, Mithun is a celebrated actor before being a politician. He has a magnificent filmography to his credit and enjoys a massive fan following. Turns out his fan following is not restricted to India but even abroad.

On his birthday, a picture of him posing with fans in Russia in the 1980s has surfaced on social media. A Twitter page by the name Film History Pics shared two pictures of Mithun surrounded by women in Russia. In one of the pictures, he is seen receiving a kiss on the cheek from his admirers.

Mithun Chakraborty made his acting debut with the art-house film Mrigayaa in 1976 for which he won the National Film Award. He played the role of Jimmy in the 1982 film Disco Dancer which was a massive success and established him as a dancing star. The film was commercially successful even in Russia. He later won two more National Awards for his performance in Tahader Katha (1992) and Swami Vivekananda (1998).

ALSO READ: Mithun Chakraborty’s Disco Dancer to be made into a play by musicians Salim-Sulaiman