Months after the first episode of Mission Frontline featuring Sara Ali Khan, discovery+ has dropped the second episode. While for the first episode Sara Ali Khan spent a day being trained by the Veerangana Force, the second episode sees actor, director, producer, and singer Farhan Akhtar train with the 3 Rashtriya Rifles battalion for a day in Srinagar. For the unversed, the Rashtriya Rifles (RR) was formed after a  terrorist uprising had taken shape in the Kashmir valley in May 1990. 3 Rashtriya Rifles is a crack counter-insurgency /counter-terror unit that comes under 5 sector, Rashtriya Rifles. 5 Sector comes under Victor Force, also known as CIF-V. Jammu and Kashmir have various Rashtriya Rifles formations that are responsible for specific areas. Apart from Victor Force, there is Uniform force, Romeo Force, Delta Force, and Kilo Force. The RR comprises of 65 battalions. Soldiers undergo pre-induction training and operate in a grid structure to deal with insurgents at high altitudes. 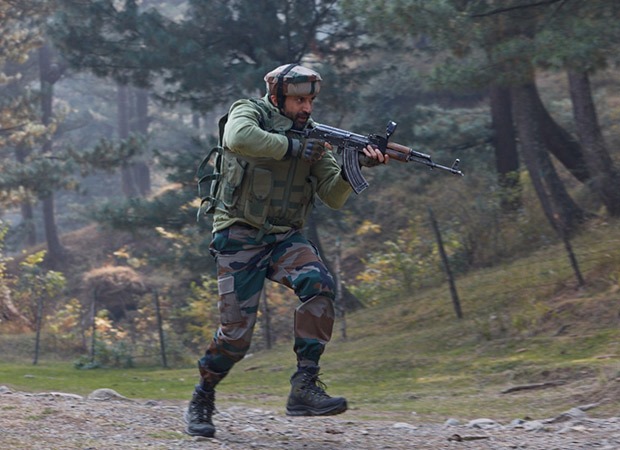 Mission Frontline: Farhan Akhtar gets first-hand experience in operating weapons and neutralising terrorists as he spends a day with Rashtriya Rifles soldiers

In the episode, we get to see Farhan Akhtar go through the training that every soldier who joins the Rashtriya Rifles goes through. The star is also taken along for a drill in the valley to show how the RR conducts an operation and deals with insurgents.

After a brief chat with Col. Bheemaiah PS, commanding officer, 3 Rashtriya Rifles, Farhan is taken to the training ground of soldiers. The soldiers begin with weapon training for Farhan and teach him the basic techniques and tips on weapon firing. At this point, Farhan recalls the time they were shooting for the film Lakshya, “When we were making Lakshya in 2003, we had visited IMA for the same, we had also gone to Ladakh cantonment where we had a brief introduction to weapons for the team and the actors. That was the first time I handled an AK-47. But it has been long since then and it feels good to be back, to be in school after all these years.”

Major Sanjay Bhatt proceeds to train Farhan in live firing. From loading an AK 47, the primary gun of a soldier, to taking a position to fire and ultimately shooting, the actor is taught every step meticulously. After observing the method, Farhan attempted to operate the AK-47 gun. He fired multiple shots with some landing on the target. The actor termed the experience as “fun and scary”.

He is then taught to operate a Light Machine Gun (LMG) which weighs 11.3 kg. Similar to AK-47, he is explained how to use the gun and how different it is from other guns. After operating an LMG, Farhan shares, “It was very exhilarating, there was lot more recoil than I expected though I was warned about it.”

Further, as part of the training, Farhan was taken to the valley, to walk on difficult terrain with a gun and how to shoot down any insurgents they encounter.

After the training session, Farhan had to carry out a mission (which is a drill) along with the battalion. Their mission is to neutralise two terrorists and destroy their hideout. Farhan and the other soldiers first get a briefing from the commanding officer about the information on two terrorists hiding in the valley and they discuss strategy on how to approach their target. The briefing officer asks Farhan to follow every instruction given to him carefully.  Farhan heads for the drill in the valleys of Srinagar where he along with the troupe have to tactically find the hideout of the terrorists and neutralise them.

During the drill, Farhan learns why it is important for soldiers to walk at a distance; so that if spotted the whole group is not targeted. The soldiers usually maintain a distance of 10-15 meters. However, for the drill, they were walking rather closely so that everyone was in the visible range.  Through his mission, he realizes that it is a “dangerous and demanding” task. The sound of his breath flaring up as he moves through the steep terrain can also be heard. 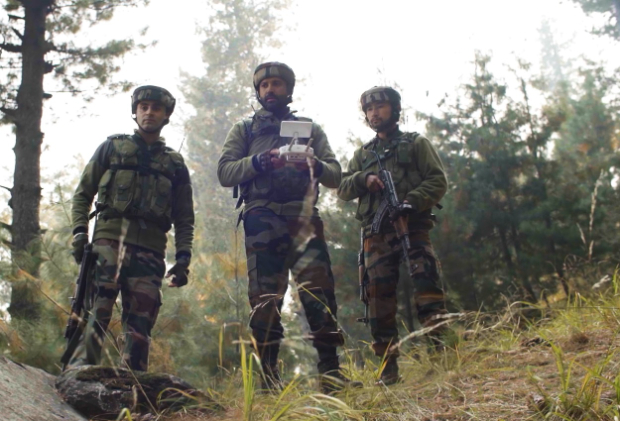 Farhan also learns from the soldier that depending from operation to operation, soldiers usually walk through the terrain for 2 hours to 3 days to achieve a successful operation. The actor also gets first-hand use of the technology used by the army to hunt down terrorists. He uses a drone to figure out the location of terrorists. Once their location is confirmed, the soldiers surround them and give them a chance to surrender. An officer informs Farhan that the Indian army is not only to shoot down the terrorists but always give them( insurgents) an opportunity to surrender.

Further, the soldiers demonstrate how they search and detain a terrorist. Farhan is asked to throw a dummy grenade inside the hideout and check it. Once it's confirmed that it’s clear, they destroy the hideout so that no one ever uses it again or realise that the Indian army was present in the area. The army blasts the entire hideout using real explosives.

Farhan is introduced to RR’s assault dog -Jex who plays an important role in their missions. The army officer revealed that Jex is sent wherever the army cannot go. A camera and walkie-talkie are attached to Jex’s body before he is sent inside for a mission. If there is a terrorist, Jex bites them and takes down the weapon from them. Farhan gets a first-hand experience of the same. The actor is made to wear protective hand gear and a soldier sets the assault dog on him who viciously bites on the hand gear. The soldier also shows how they communicate with the assault dog. 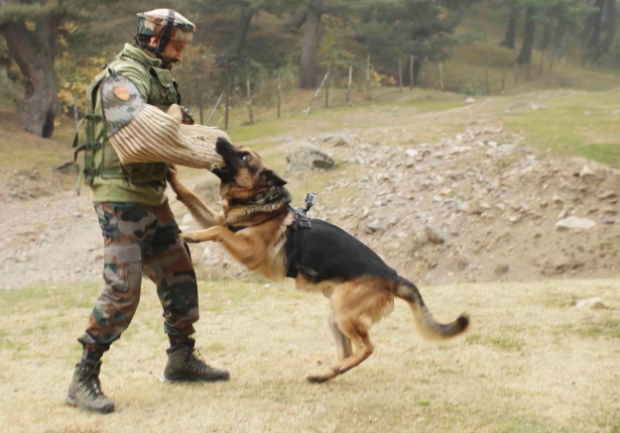 Farhan ends the day with a visit to the Army Public School in Srinagar and shares a few encouraging words with the students assembled to meet him.

ALSO READ: Mission Frontline: Sara Ali Khan trains in unarmed combat and gun firing as she spends a day with the Veerangana Force of Assam