Hollywood's most favourite action star Tom Cruise is set to return as Pete "Maverick" Mitchell in the upcoming highly anticipated film of 2020 - Top Gun: Maverick. Ahead of the sequel, Top Gun stars Miles Teller, Monica Barbaro, and Glen Powell were in Miami attending pre-events of Super Bowl LIV and spoke to WSVN News about their upcoming sequel. 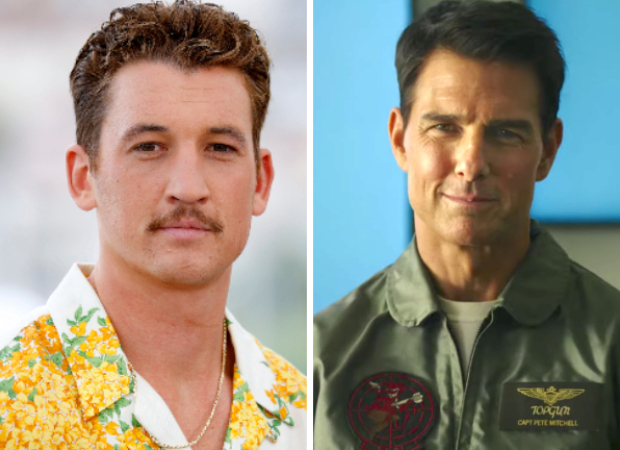 Miles Teller joked, “I don’t even know if I’m still in it.” He further said that film has been a dream come true for him. “I’ve been wanting to make this movie my entire life,” he said. “There’s a lot of pressure to live up to the original, and we made the heck out of this movie. Just the aerial footage alone is going to be unlike anything anybody’s ever seen. We’re actually in the F-18s. There’s really no green screen. It’s a high octane, man. It’s gonna be, can I say ‘badass?’”

Miles Teller, who plays Goose's son in the film, further spoke about how invested Tom Cruise is in the movie. “He was so dialled in to everything we were doing,” Teller said. “After every flight, we had to give a full-on written report that went directly to Tom. Tom could play all of our parts in this movie, and it’d be the most thrilling thing you’ve ever seen.”

After more than thirty years of service as one of the Navy’s top aviators, Pete "Maverick" Mitchell (Tom Cruise) is where he belongs, pushing the envelope as a courageous test pilot and dodging the advancement in rank that would ground him. When he finds himself training a detachment of Top Gun graduates for a specialized mission the likes of which no living pilot has ever seen, Maverick encounters Lt. Bradley Bradshaw (Miles Teller), call sign: "Rooster," the son of Maverick’s late friend and Radar Intercept Officer Lt. Nick Bradshaw, aka "Goose". Facing an uncertain future and confronting the ghosts of his past, Maverick is drawn into a confrontation with his own deepest fears, culminating in a mission that demands the ultimate sacrifice from those who will be chosen to fly it.