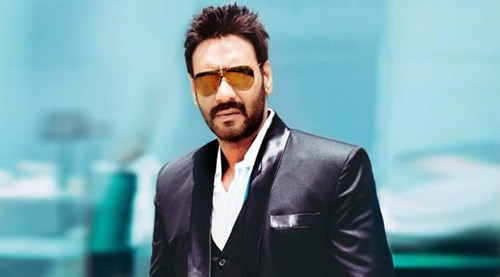 "Yes, more screens means more business," said Ajay Devgn in a Bollywood Hungama video interview with Faridoon Shahryar. Devgn was reacting to Salman Khan's recent suggestion that the government should start more cinema halls so that big films can release on the same day and if both are good then both should do huge business. "I would just disagree on one thing that it's just not the government. It is also the film industry that should take this initiative," Ajay added. The superstar who is also one of the finest actors that we've ever had is excited about his forthcoming release Drishyam. "Now the audience is ready for such films (Zakhm, Gangaajal, Drishyam). We have seen it in the recent past that there are films that have gradually grown, like Piku," he said. Ajay also reacts to the much talked about dinner with Shah Rukh Khan in Bulgaria.

You've said that Drishyam is a word of mouth film. Could you elaborate why do you say that?

Yes and as you also know, such films are word of mouth films because they are very difficult to promote. You don't have item numbers, action - you just have thrill and drama which people start talking about after the first show. Then there are some films which are completely commercial with all the 'massy' stuff and these films are quite good as well. Then there are films which are hit-and-run cases! Such films are promoted in such a way that before the audiences realizes that they were 'hit', you 'run' away after the weekend! In short, you cover your entire cost in the weekend! (laughs)

Are you talking about Action Jackson?

Maybe, but I am not saying that the intention of these films was wrong. It's just that sometimes things go wrong.

When we talk about your films like Zakhm or Gangaajal, we are not really interested in its box office figures because one can watch these films any number of timesâ€¦

Exactly! That's why, when media used to ask me, including you, that when are you going to do films like Zakhm or Gangaajal, I said, 'when I get a script that is beyond box office'. And Zakhm and Gangaajal did very well but if it had released in today's times when the multiplexes have come in, it would have been a different story altogether. So, now the audience is ready for such films. We have seen it in the recent past that there are films that have gradually grown, like Piku.

What is your honest first reaction when media asks you about your meeting with Shah Rukh Khan in Bulgaria?

It was over exaggerated. It's a very simple thing - two colleagues, meet, they talk - what's wrong in that? When I saw the picture, I was like, 'Oh God! Now I am doing interviews and everybody is going to ask me this question.'

Golmaal 4 or Singham 3 - which film most probably, would be out first?

We are working on both the scripts. Let's see which one excites us more.

What do you have to say about your film Shivaay clashing with Ae Dil Hai Mushkil on Diwali 2016?

I only know about Shivaay. And there are no clashes. Everybody has the right to announce their film on any day. If both films are good, both will work.


Even Sultan and Raees are scheduled to release together on Eid 2016. Salman Khan, regarding this clash, said that the government should open more theatres as that would lead to an increase in the number of screensâ€¦

Yes, and more screens means more business. But I would just disagree on one thing that it's just not the government. It is also the film industry that should take this initiative. But yes, we need a lot of support from the government. Without that, it's not possible because the sky high land prices can be a major deterrent. So the whole thing has to also be feasible.