Marvel and Disney Plus have unveiled the first trailer of its upcoming series Loki and Falcon and The Winter Soldier centering around Loki, Bucky Barnes, and Sam Wilson. Adding to that, a new trailer of WandaVision starring Elizabeth Olsen and Paul Bettany. 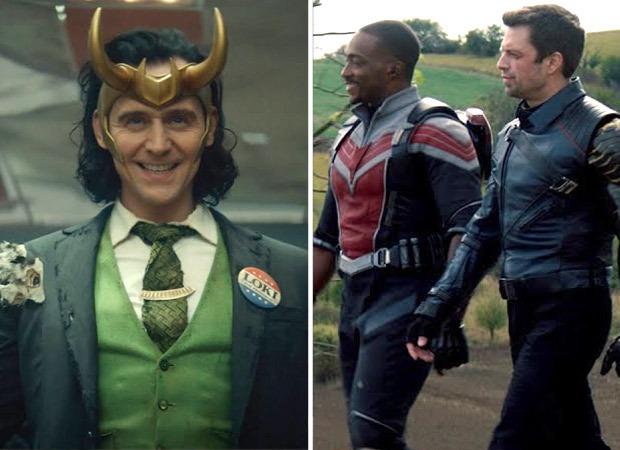 WANDAVISION:
Wanda Maximoff and Vision—two super-powered beings living idealized suburban lives—begin to suspect that everything is not as it seems. The events in this series will take place after the events of Avengers: Endgame. WandaVision also stars Kat Dennings, Randall Park, and Kathryn Hahn. The series will be arriving on the streaming platform on January 15, 2021.

LOKI:
Starring Tom Hiddleston, the supervillain of the Marvel Cinematic Universe headlines this upcoming series who is absconding with one of the Infinity Stones. Owen Wilson, Gugu Mbatha-Raw and Sophia Di Martino will also star in the series which is scheduled for May 2021 premiere.FALCON AND THE WINTER SOLDIER:
Starring Anthony Mackie as Sam Wilson and Sebastian Stan as Bucky Barnes, the duo is set on the journey to the take title of Captain America forward as they find the legacy of that shield being complicated. The series will also feature Daniel Brühl, Georges St-Pierre and Emily VanCamp. It is expected to premiere in March 2021.