Akshay Kumar and Manushi Chhillar starrer, Yash Raj Films’ first historical, Prithviraj, which is based on the life and valour of the fearless and mighty Samrat Prithviraj Chauhan. Akshay is essaying the role of the legendary warrior who fought valiantly to protect India from the merciless invader Muhammad of Ghor. Manushi is playing the role of Prithviraj’s beloved Princess Sanyogita and she was surprised by Aditya Chopra and her director Dr. Chandraprakash Dwivedi, who gifted her a costume from the film as a gesture to celebrate her birthday today! 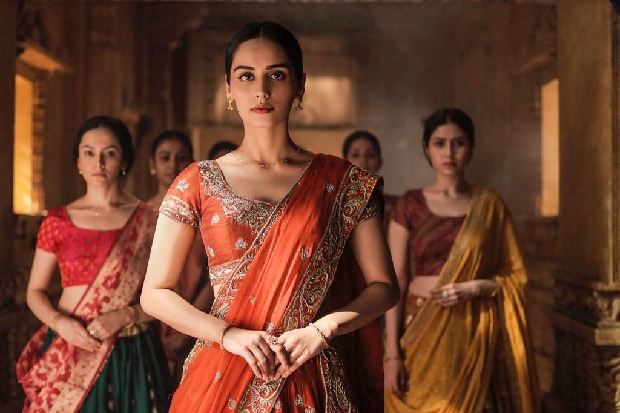 Manushi reveals, “This is a really special surprise and it makes me extra happy to receive this on my birthday! I would like to thank my director Chandraprakash Dwivedi Ji for this thoughtful and touching gesture of gifting me an outfit from my debut film on my birthday! I’m beaming with joy and it’s going to be a piece of nostalgia for me forever.”

She adds, “I will cherish this project all my life and it is moments like this that will make my working in the film about Samrat Prithviraj Chauhan an unforgettable experience. It’s even more special because this was my 1st day - 1st scene outfit which is extremely gorgeous and has such intricate Zardozi work on it. My journey in cinema has just begun and I’m indebted to destiny for finding me a film that is giving me so much love!”

Prithviraj has been directed by Dr. Chandraprakash Dwivedi, who is best known for directing the television epic Chanakya and the critically acclaimed film Pinjar. The ethereally gorgeous Manushi’s launch is definitely one of the most awaited debuts of 2022. The film is set to release on June 3 in Hindi, Tamil and Telugu.