Manushi Chihllar had been in the headlines ever since she won the Miss India pageant. Her simple and effortless style is one reason she is loved by all the fashion gurus. 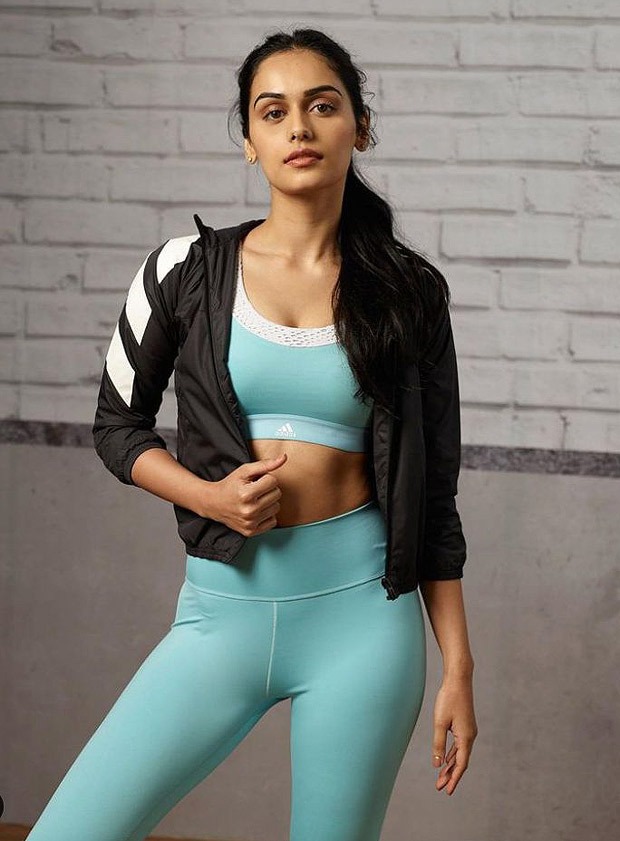 Manushi Chhillar looks athletic in blue gym wear; says it is the picture she sees after eating a tub of ice cream

In the latest snaps uploaded by Chhillar on her Instagram, she is seen dressed in a sky blue gym set. She is wearing a sports bra with yoga pants. She styles this set from Adidas with a light black cover up. Her makeup is soft with her hair in a ponytail. She sizzles as always and makes quite the statement. She revealed that it is the picture she is seeing after consuming a tub of ice cream.

Chhillar will make her Bollywood debut with Yash Raj Films' Prithviraj directed by Chandraprakash Dwivedi.The film is based on Prithviraj Rao, an epic poem composed in Braj Bhasha language about the life of Prithviraj Chauhan, a Rajput king from the Chahamana dynasty. After several auditions and trials, she was cast in the film as the Princess of Kannauj, Sanyogita, Prithviraj's beloved wife. She will star alongside Akshay Kumar, who will portray the titular role of Prithviraj.

The film was initially scheduled to release on the occasion of Diwali in 2020, but was postponed due to COVID-19 pandemic.In February 2021, it was announced that the film will be releasing in theatres on 5 November 2021, coinciding with Diwali.

Also Read: “Raksha Bandhan was vowing to be beside each other through ups and downs” – says Manushi Chhillar