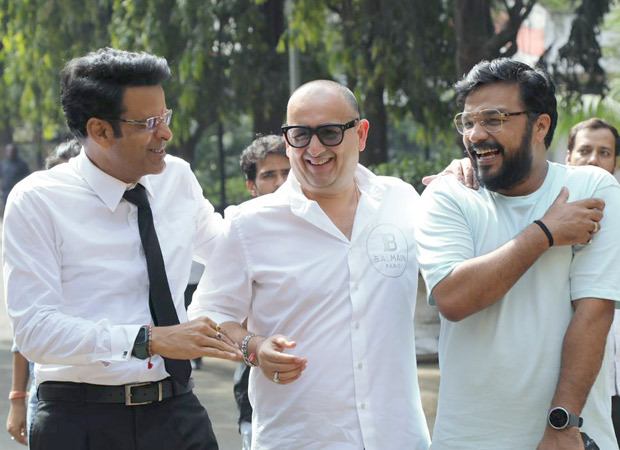 As the shooting for this courtroom drama had begun in the initial weeks of last month, some glimpses of its current shooting in Mumbai have started to come out. The pictures are from the Mumbai schedule that will shoot some intense courtroom scenes. Moreover, from the start to finish, the schedule will be shot in Mumbai at various locations.

Recently, the team has just ended a shooting schedule in Jodhpur which came as a great experience for the cast. Manoj Bajpayee also expressed his gratitude for the amazing hospitality of the city he experienced during the visit. Moreover, While the shoot for the film is proceeding further well, the makers are looking at a 2023 release.

This hard-hitting story marks the debut of director Apoorv Singh Karki in Hindi films who has helmed popular OTT shows like Aspirants, Saas Bahu Achaar Pvt Ltd, Flames, etc. The film brings back Suparn S Varma and Manoj Bajpayee together after their award-winning series The Family Man. The film also comprises an outstanding ensemble cast that adds gravitas to the film.