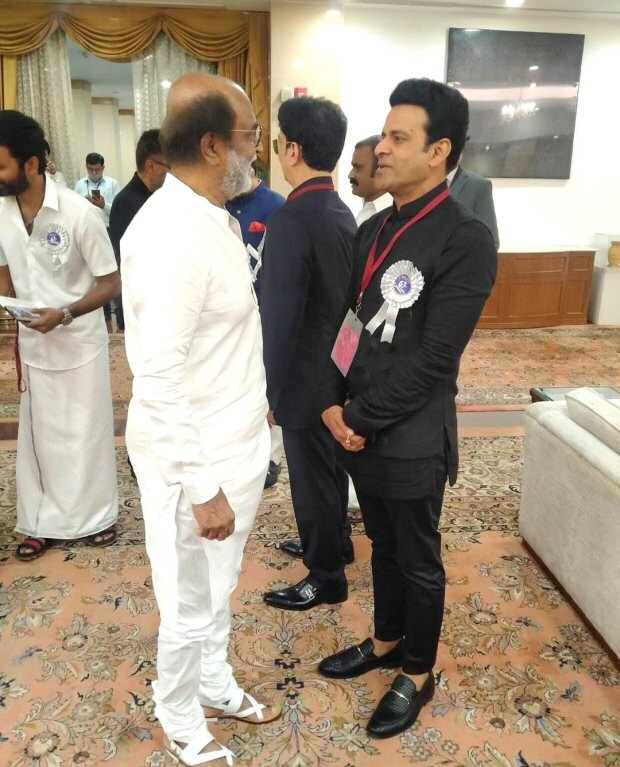 "Some great moments with the greats at the National Film Awards!! #Rajnikant sir @dhanushkraja #Devashishmakhija," Manoj captioned the photos on the photo-video app. 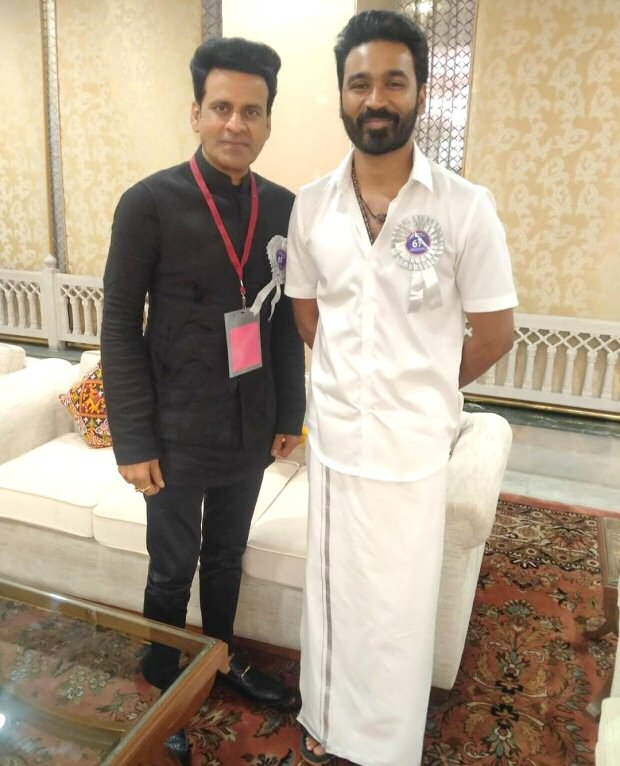 Bhonsle, for which Bajpayee won Best Actor, was directed by Devashish Makhija and co-produced by the actor. This social drama told the storey of a retired Mumbai police officer who befriends a North Indian girl and her brother, who are being targeted by local politicians along with other migrants.