A rank outsider, Maneesh Sharma, has become one of the most sought-after filmmakers in Bollywood today. His cinematic journey started 10 years back, today, with the release of his cult hit Band Baaja Baaraat (BBB) that starred an energetic debutant Ranveer Singh and Anushka Sharma. On the 10th anniversary of the film, Maneesh reveals that Band Baaja Baaraat was not the first film that he wanted to make. 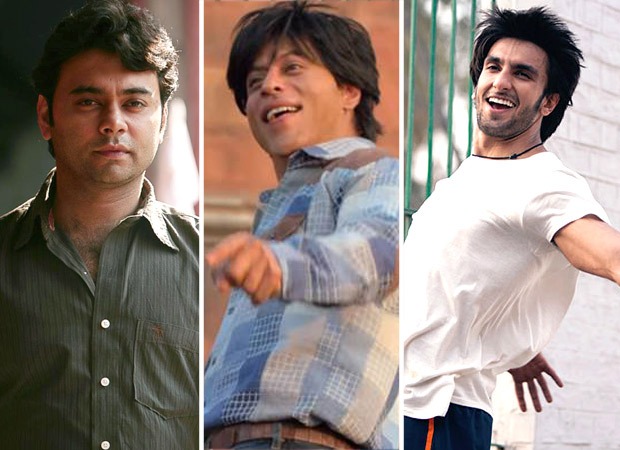 Maneesh was working as an assistant director in YRF before he was entrusted to helm a project by Aditya Chopra who was thoroughly impressed with his cinematic vision. Maneesh has, since then, grown within YRF to become a producer and the trusted creative force for Aditya Chopra. Maneesh, who was an assistant director in films like Fanaa, Aaja Nachle, and Rab Ne Bana Di Jodi, reveals that he wanted Fan (his directorial with Shah Rukh Khan) to be his first film and not Band Baaja Baaraat!

“By the time I was finishing Aaja Nachle, I told Aditya Chopra that I wanted to make Fan. He said it is a very ambitious film and I should work on my idea. Then, 2 months later, Adi called me again and asked me to come to YRF. He told me that he is making a film with SRK, which we now know as Rab Ne Bana Di Jodi and he told me he wanted me to work on this film. Obviously, I said ok. By the time Rab Ne Bana Di Jodi was finishing, Adi said, I think we should plan your directorial. I was thrilled! I was like great, Fan is ready, let’s do that!” says Maneesh.

However, Aditya Chopra had a very important piece of advice for him which made Maneesh, at that time, feel dejected! Maneesh reveals, “Adi mentioned that Fan cannot be your first film because it’s a very expensive film and very ambitious film. He said you should think of something which is more mid-sized and not that ambitious. I was genuinely very, very dejected by this. I was dejected that I’m not getting to make my dream film and now I have to think of a mid-sized film!”

Maneesh took Adi’s advice in his stride. He says, “I told myself that it’s ok and now I need to think of a new film to make. I came across or thought of, & somehow Bittu and Shruti came from somewhere in my life. When I got my characters, I worked on the story and I came up with Band Baaja Baaraat. That’s how my first film as a director happened, and thankfully it went well.”

Maneesh opens up about his journey to make Band Baaja Baaraat, a film that has achieved a cult status today among the youth of the country. He says, “When you set out to make a film, you always want to make a good film, you always set out to make a film that communicates your intentions as a storyteller, as a director. So, what has happened to Band Baaja Baaraat by now, or during the release, is very happy after effect. As I said earlier, I never ever, till the time I started to write Band Baaja Baaraat, was thinking of this film or those characters. I was very, very driven to make Fan, a thriller. I was always envisioning a certain kind of film to be my first film.”

The film-maker adds, “What I ended up making as my first film was very different in spirit and in thought in every which way. It’s a romantic comedy in a broader genre but I think the journey was more about me falling in love with Bittu and Shruti. How this happened was more circumstantial because I was not getting to make my desired first film and I adapted myself. I think in that process what did happen, was it took me back to where I came from, the gullies I came from. So, the making of the film became about nurturing Bittu and Shruti, more the characters than the story or anything else, and that organic feeling actually lead everything, in terms of the making of the film.”

ALSO READ: INSIDE SCOOP: The real reason why Maneesh Sharma and not Ali Abbas Zafar is directing Salman Khan’s Tiger 3