Actress Mandira Bedi has opened up her experience and challenges she faced throughout her career and personal life. According to Mandira, she has no regrets as the setbacks have only taught her lessons that success would not have been able to. 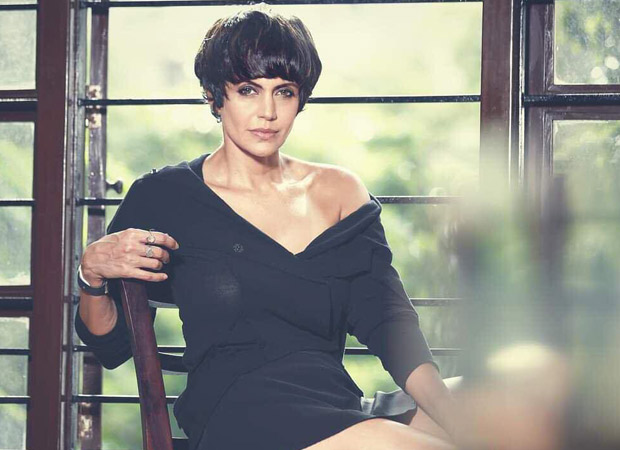 The 49-year-old actress- TV presenter in an interview with a tabloid shared that all her energies are directed towards ensuring she is a good parent to her two children, whom she considers her biggest strength and the driving force to become a better person.

Talking about the difficulties, Mandira said there have been many challenges and difficult times. But the public memory is short. You are known by the last project you have done. By God’s grace she has had a lot of work behind her. The ups are wonderful. When you are down, they make you appreciate the good times. You learn more from your failures than you do from success. The downs give you perspective in life. That’s the way she look at challenges. She have had a lot that I have faced in my life and there is always growth and learning from them.

Mandira lost her filmmaker husband Raj Kaushal in June this year and has two children son Vir and daughter Tara. Mandira has been one of the most prominent faces on television. Though she has featured in films like Dilwale Dulhania Le Jayenge, and the anthology Dus Kahaniyaan, she found fame on the small screen with hit shows like Shanti, Kyunki Saas Bhi Kabhi Bahu Thi and 24. She has also hosted ICC Cricket World Cups in the years 2003 and 2007, the Champions Trophies in the years 2004 and 2006, and the Indian Premier League Season 2.

Over the years the actor has also transitioned to the digital medium, working on web series like Smoke and Qubool Hai 2.0 and she believes she is in the best phase of her professional life.

On the work front, Mandira Bedi is currently reprising her role as the host in the third season of the Romedy NOW original celebrity chat show The Love Laugh Live Show which premiered on Romedy NOW and other Times Network channels on Saturday

Also Read: Mandira Bedi expresses gratitude to Ashish Chowdhry for ‘All the Love,’ and he refers to her as a ‘Solid Girl’

BTS' Permission To Dance concerts had…