Last Updated 28.10.2021 | 5:11 PM IST
feedback language
follow us on
Bollywood Hungama » News » Bollywood Features News » Mallika Sherawat has the most apt response to a Twitter user who blamed her films for violence against women

Actress Mallika Sherawat recently gave it back to a Twitter user who blamed her films for violence against women. The user was responding to a tweet by Mallika where she spoke about the recent Hathras gang rape that shook everyone. 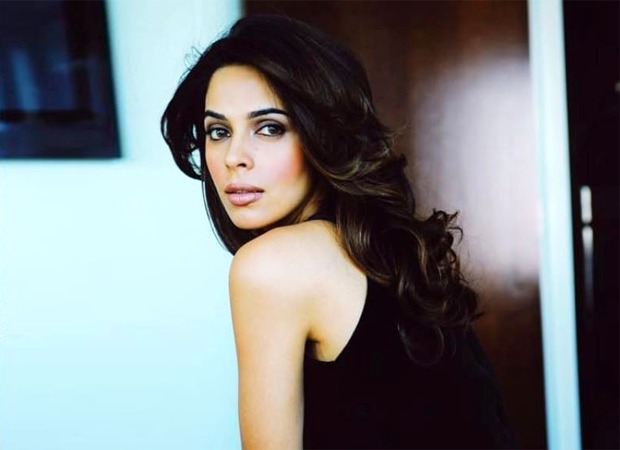 Writing about the Hathras case, Mallika tweeted, "Unless India reforms it’s medieval mindset towards women nothing will change #HathrasHorror #NirbhayaCase’"

Replying to her tweet, a user wrote, "But the kind of roles you have played in Bollywood movie contradict your statement. Don’t you think the kind of message you deliver through your movies also play an important role. Improvement should start from the person who is making the statement first."

Sherawat had the most apt response to the user and said that it is the mentality like theirs which is problematic. "So the movies I act in are an invitation for rape!!! It’s mentality like yours that make Indian society regressive for women! If you hv a problem wt my movies then Don’t see them #nocountryforwomen," she wrote. 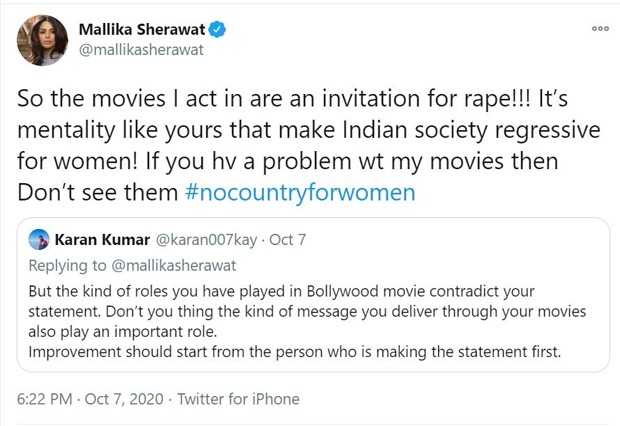 ALSO READ: 12 years after Dasavataaram, Mallika Sherawat to make a comeback in Kollywood with Pambattam