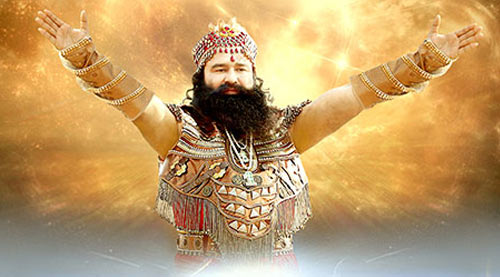 The second installment in the MSG franchise that released on September 18 seems to be doing well. As per the makers of the film apart from the fact that the film was received well post its release, they have now witnessed something unheard of. In fact the makers of MSG 2 state that on the 49th day, November 5, of the film's release there were a staggering 1175 shows of the film that went houseful.

Detailing their miracle, the makers state that MSG 2 featured 707 houseful shows in Punjab which includes 190 Shows in Chandigarh, the capital of Punjab, 177 in Ludhiana, 120 in Bathinda. Adding to this were the 468 houseful shows in Uttar Pradesh, taking a single day total, of just these two regions to 1175 for MSG 2.

However, what is more interesting is that according to the reports from the makers of the film, houseful shows have been witnessed with clockwork regularity starting from the first week and sustaining till the 49th day. With such unprecedented reports for these cities, given their size, cinema halls in Punjab were seen flashing 'Houseful' signs in the morning itself, and many patrons had to even return due to non-availability of seats.

Talking about the same on Twitter, the film's lead actor Saint Gurmeet Ram Rahim Insan posted, "#49DaysStillOnTopMSG2 and #MSG2Celebrates50thGoldenDay God bless you all". Later he even posted images and videos from all over Punjab and UP which showed endless queues at ticket counters and celebration by die hard MSG fans.

Adding to the distributors, producer CP Arora said that such sustained craze was totally unanticipated, while the GM of PVR cinema in Chandigarh, Chandermohan Sharma said, "There was utter disbelief as no one thought this was possible. But all shows are totally sold out. This is a dream."