Actor Makarand Deshpande on Thursday shared a throwback picture with Shah Rukh Khan. The picture was taken from the time when they worked together in the TV show, Circus. 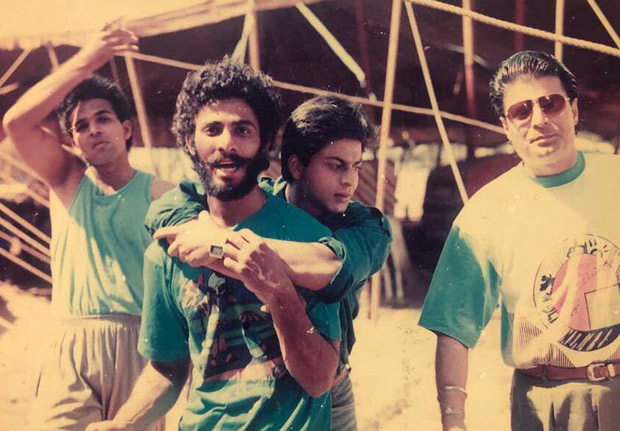 Sharing the photo on his Instagram handle, Makarand wrote, “Aashutosh Gowarikar, Satish Kaul, Shahrukh khan, myself enjoying the fun times shooting for Circus travelling with Circus I don’t remember who clicked the photo! Sorry for that My bhabhi has kept some lovely photos safe, unfortunately she is no morepassed a year agothis photo sent to me by her daughter Yashada”

The show traced the story of a circus that had an unwilling manager - Shekharan. Shah Rukh played Shekharan who later developed a bond with the people around and even began to care for the circus. Renuka Shahane played the role of Maria in Circus.

Last year, the show was re-aired during the lockdown when production of TV shows and films had to be stalled. In an interview with a tabloid, Renuka Shahane said that it was great to work with SRK. He was a workaholic and would have worked for 36 hours at a stretch if he was asked to, she said. Rebuk further said that all of them were already excited to work with him.

On Thursday, Shah Rukh Khan was spotted outside Arthur Road Jail after he met his son Aryan Khan. The 23-year-old has been behind bars since October 3 in connection with a drugs case.