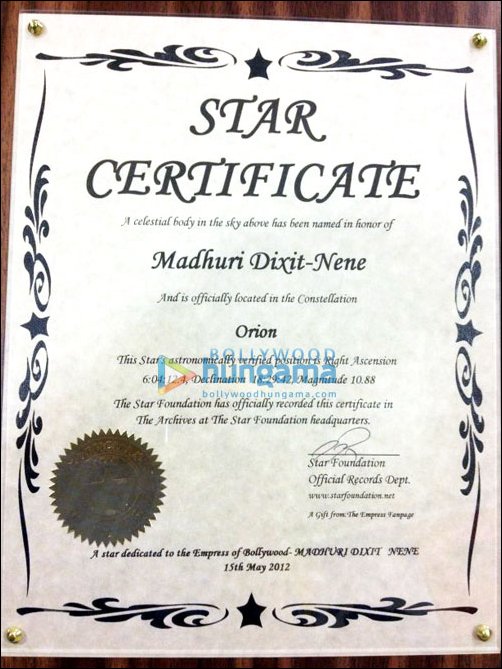 A group of 13 members of The Empress Fanpage handed over the certificate to Madhuri on Thursday on the sets of dance reality show 'Jhalak Dikhhla Jaa', which she is judging.

The certificate by Star Foundation reads: "A celestial body in the sky above has been named in honour of Madhuri Dixit-Nene and is officially located in the constellation Orion."

"Wanted to thank my fans for the honour. They had a star in the Orion constellation named after me," she tweeted.

Madhuri will be seen next in Dedh Ishqiya and Anubhav Sinha's Gulab Gang.

Madhuri Dixit REVEALS the secret behind her…