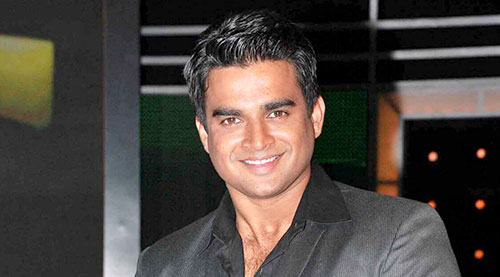 The weekend gone by was eventful for Madhavan and others associated with his upcoming film Tanu Weds Manu Returns. They had made a visit to Lucknow for an event that was organized to encourage cricketers from villages so that they could gain an opportunity to step on a larger arena and demonstrate their talent. During this visit, Uttar Pradesh Chief Minister Akhilesh Yadav was also present and the team of Tanu Weds Manu Returns managed to strike a conversation around the film as well.

"Madhavan was accompanied by Jimmy Sheirgill, who plays an important part in the film, as well as the writer Himanshu Sharma. They came together to promote this cricketing event as it was for a noble cause. As the conversation progressed, the talks also veered towards Aanand L Rai's sequel to his much loved Tanu Weds Manu. Mr. Yadav also seemed to remember the film very fondly," informs our source.

The mood largely remained somber though as news started spreading around the earthquake in Nepal which had impacted Uttar Pradesh as well. Though on-field event was quite encouraging for the budding cricketers, for the administration it was heart-wrenching on being informed about the tragedy.

"Yes, I come back with mixed feelings," says Madhavan, who returned to Mumbai last afternoon, "The good part was to meet Akhilesh though. He is a very sweet guy and it was lovely meeting him."

Since a major part of Tanu Weds Manu Returns has been shot in Lucknow, Madhavan bears a special connection to the city which he had visited last year as well.

"I really like the way the city continues to develop while being conscious of its immense heritage value," says Madhavan, "I haven't seen any other city where they have a special track on the roads for riding bicycles. All credit to Akhilesh and his administration," says Madhavan.

Terming the Chief Minister as a 'young forward thinking man', Madhavan was particularly impressed by his casual demeanor, which he terms as an 'eye opening' experience.

So does he plan to host a special screening for the Chief Minister in Mumbai when the film with Kangna Ranaut in a double role is ready for arrival later next month?

"I guess someone for his stature has many other important things to do and we can't bother him to fly down all the way for our film. Perhaps we may just send him across a copy of the film if he has time to watch it," signs off Madhavan with a smile.