It is celebration time for the Kapoor clan as Anil Kapoor's eldest daughter Sonam Kapoor is all set to tie the knot next week. The actress is marrying her business beau Anand Ahuja in an intimate ceremony in presence of her close friends and family. While the family is pretty excited for the wedding festivities to begin in Mumbai, the celebrations have reached New Delhi already. 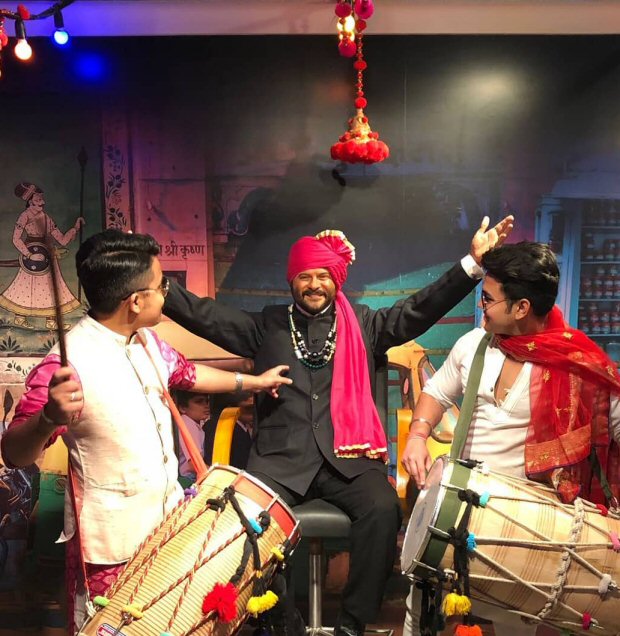 Madame Tussauds Wax Museum in Delhi unveiled the wax statue of Anil Kapoor in the month of April this year. As the wedding is around the corner, they have given Anil's wax figure a festive makeover.  His wax statue is dressed in traditional attire donning a black suit with a pink turban on his head. Two dholwallas are seen striking a pose near the wax statue. The captioned reads, "Its celebration time at #TussaudsDelhi. @anilskapoor is dressed up in a traditional attire for his daughter @sonamkapoor’s big fat Punjabi wedding with @anandahuja. Come and see him in this Jhakkas avatar. Book your tickets using the link in bio."

The sangeet ceremony will be a grand affair with many of Sonam’s close friends who are all set to perform. Jacqueline Fernandez, Varun Dhawan, Arjun Kapoor, Karan Johar and others are ready to set the stage on fire. While the many Bollywood celebrities are set to attend the wedding, it will still be a private affair. Sonam Kapoor and Anand Ahuja's Mehendi ceremony will take place on May 7th and the wedding on the 8th morning.

On the work front, Sonam Kapoor will head to Cannes 2018 in the same week after her wedding. She will reportedly make her red carpet appearance with Anand Ahuja. This could be their first official red carpet appearance. Sonam Kapoor will be seen in Rhea Kapoor and Balaji Motion Pictures’ Veere Di Wedding with Kareena Kapoor Khan, Swara Bhaskar and Shikha Talsania. Directed by Shashanka Ghosh, the film is set to arrive on June 1, 2018.