Priyanka Chopra and Nick Jonas are enjoying their blissful marriage. The couple, who got hitched in December, returned to Los Angeles after their Caribbean honeymoon. The couple is in LA which is their second home after New York. And last night, they had a quite date night in West Hollywood. 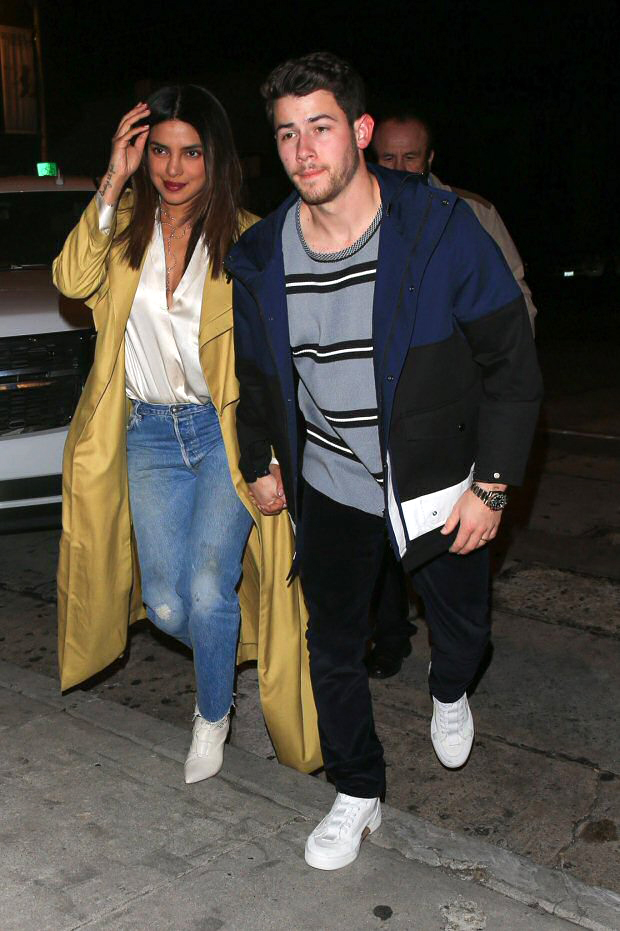 Priyanka Chopra and Nick Jonas, on Wednesday night, headed to Craig's in Los Angeles for a date night. Priyanka looked pretty in a silk top paired up with washed denims. She wore a long mustard yellow coat and white ankle boots. Her patent dark lip colour and centre parted hair rounded the look. Nick kept it casual with a striped sweater and dark blue pants. He paired it up with blue jacket and white sneakers. 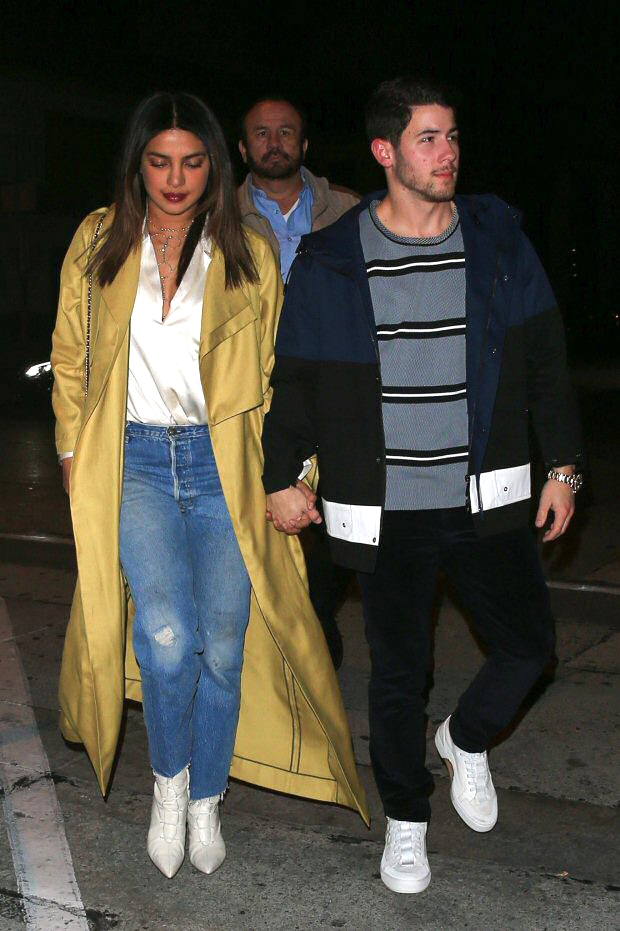 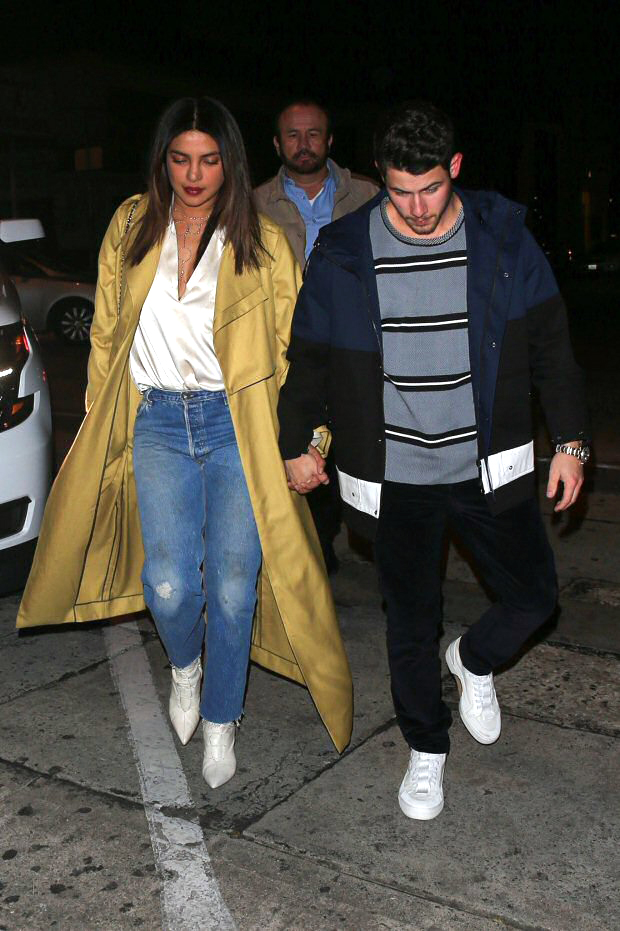 Meanwhile, on the work front, Priyanka Chopra will be seen in Hollywood romantic comedy Isn’t It Romantic. The film stars Rebel Wilson, Liam Hemsworth and Adam Devine. It is set for February 13, 2019 release