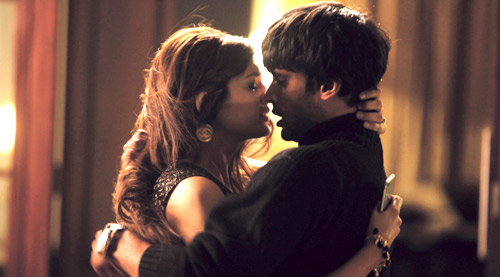 
The Appellate Tribunal have approved the 'f**k' word in dialogues as well as the sizzling smooches for this 'A' rated film. Firstly, it is definitely a moment of relief for the producers which includes the Bhatts and T-Series. What also worked in favour for the film was the fact that the Bhatts were prepared for an 'A' certification. Let's face it! It is not new for the Bhatt camp to make erotic thrillers with smooches, skin show and a twisted thrilling plot. It is an age old formula and with Love Games, they have taken it to a level beyond as Patralekha seductively utters the word 'F**k buddies' in the ears of the leading man Gaurav Arora. But with the growing stringent rules of the Censor board, this decision of giving a green signal to such verbal sexual references and steamy liplocks comes as a surprise. But again, the Appellate Tribunal has been a lot more easy-going when it comes to creativity and freedom of expression.


In fact, recently, when the CBFC asked to make a few cuts in the Priyanka Chopra starrer Jai Gangaajal for U/A certificate, the Appellate Tribunal once again intervened and the film was passed with certification conveniently and the makers were asked to retain their scenes too. Obviously the CBFC head Pahlaj Nihlani wasn't very happy with this decision and even felt ridiculed as a chairperson of the board. However, it seems that the Bhatt Camp and T-Series definitely knew how to play it for their 'love game'. Appellate Tribunal seems to be way more lenient when it comes to certifying films and giving directors the required freedom of expression.


When films demand an 'A' certificate, it makes the film available to adults who are way more matured and have a sense of understanding when it comes to matters of sex, violence and other acts. Hence, the certification of censor board who constantly look for a reason to chop off scenes and dialogues, not only proves to be a distasteful experience for audiences but the producers are the ones who bear maximum consequences. When Jai Gangaajal received certification from the Appellate Tribunal, Prakash Jha was more than happy and stated that good sense eventually prevails. Looks like T-Series and the Bhatt camp made a smart move by approaching the Appellate Tribunal for their film Love Games.