Last Updated 02.12.2021 | 10:29 PM IST
feedback language
follow us on
Bollywood Hungama » News » Bollywood Features News » LOL! ‘Who is the best actress of them all?’ – Saloni Gaur aka Kangana Runout puts Siri to test

Popular content creator Saloni Gaur who rose to fame with her funny videos on social topics recently made a video where she chats with Apple's voice assistance service Siri. Imitating Bollywood actress Kangana Ranaut, Saloni only had one question to ask Siri- ‘Who is the best actress of them all?’ 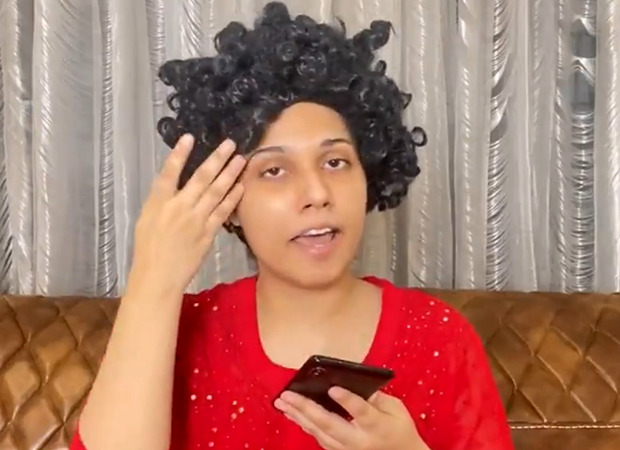 When Saloni asks Siri the first time who the best actress is, Siri promptly answers Priyanka Chopra. Disappointed, Saloni asks once again specifying the actress must be living in India. Siri comes up with Deepika Padukone's name. Third time she asks Siri to name the best actress with curly hair and pop comes the name- Taapsee Pannu. Saloni keeps trying asking the same question with different specifications but ends up getting names like Swara Bhasker, Yami Gautam and even Hrithik Roshan. Finally, she gets her desired answer when she specifies her hometown, her curly hair, her awards and her temperament on Twitter.

The video immediately went viral on social media. Currently, it has over 50k likes and over 7k retweets on Twitter.

However, the video did not go down well with Kangana who commented, "There is a market for my excretion also, I don’t mean your looks ma’am, it is your perception of me rotting and stinking, in that aspect it qualifies to be my excretion, I give you full marks for successfully impersonating that and selling it also, LEGENDS shits also sells."

This is not the first time that Saloni Gaur has imitated Kangana Ranaut. In the past, Saloni has imitated the actress whenever she was in the news (which is almost always, courtesy her controversial tweets). A few weeks ago, when Kangana got into a war of words with Diljit Dosanjh over the far away, Saloni made a video where she showed Kangana in distress trying to understand the Punjabi tweets by Diljit.

ALSO READ: “I had some plan initially but this lockdown won’t let it happen so now I don’t know”, internet sensation Saloni Gaur, AKA Nazma Aapi opens up on her future plans