We all are aware that Payal Rohatgi was one of the popular contestants of the popular web show Lock Upp. The actress along with a host of other celebs were a part of this show hosted by Kangana Ranaut and produced by Ekta Kapoor. The first season of the show ended earlier this month with Munawar Faruqui emerging as the winner. However, in a recent social media, his co-contestant and runner up Payal Rohatgi has claimed it to be a ‘sad PR gimmick’. 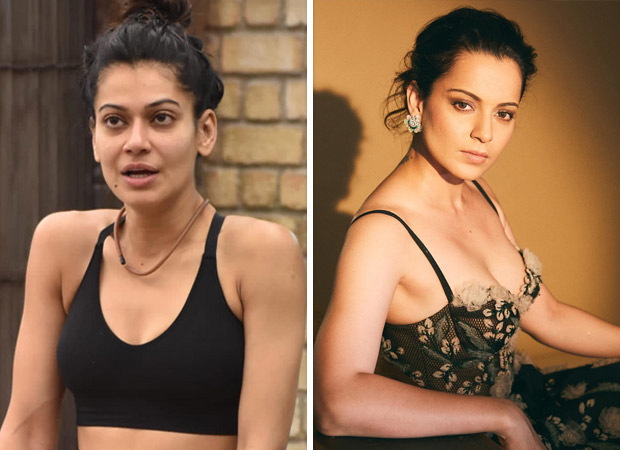 Taking to Instagram, Payal Rohatgi shared a photo of her from the Lock Upp show and stated that she will be unfollowing Kangana Ranaut too. She said, Sad PR gimmick ???? by ……. Using jobless celebrities to target me. Point is if they know the lazy winner of #lockup and they have watched the show called #Lockup then they need to know Payal and the understand meaning of the word #BADASS. Kangana and lot of A grade celebrities who came as guests on #lockupp called me #BADASS ????. Maybe they didn’t know the meaning of it then in the middle of the show and on finale Kangana realised it as it was HER vote that decided???? So that means that the concept of the show BADASS was a OCCHA thought. THEY made #GHARGHARKIKAHANI types winner after bonding with host of #Biggboss one week before finale when the whole season all Kangana said was that this show is not #GHARGHARKIKAHANI types ???? The winner had a wife and a child and a girlfriend was busy having romance with another woman in the show and the jobless celebrities found that REAL play???????? The so called winner used to MENTALLY attack the players and if that is funny then I feel sad for all of them. Unfollowing Kangana ????‍♀ Wish her film ….. ???? So called celebrities think before u talk stupid stuff in media and look like jerks ???? #payalrohatgi.”

Soon after the post was shared, her fiancé, Sangram Singh took to Twitter to share his best wishes towards Kangana Ranaut for her upcoming film Dhaakad. Explaining his actions, Payal went on to clarify her statement in her previous post and also added that she will be going to watch the spy thriller. She posted on Instagram, “Being a part of the industry for so long, I know a lot of people are involved in making of a film. I will never attack their livelihood. But fact remains that I will always stand up for myself if I see #MediaMafia trying to attack my game play in a recent reality show because they want to justify the so-called winner’s win. I accepted my defeat graciously on the Finale day but if after 10 days a PR activity starts to defame me and the concept of the show, then I will always stand up for myself and the show concept too. I loved working in #Lockup and gave it my heart and soul. Also I am thankful to the makers for the opportunity. But if #mediamafia thinks they can attack me, I will attack back the narrative of least votes, and my thoughts on host statements, etc. I repeat, I have no enmity with anyone with whom I worked in the show. But taking stand for myself is my right. Also I am not angry ???? But media is publishing my earlier post saying : “ Payal is angry Now so to prove that they are a bunch of liars, I will go to #Dhakkad screening tonite. ❤️”

Also Read: This is how Lock Upp contestant Anjali Arora reacted when asked about Munawar Faruqui