Actor Lisa Haydon gave birth to her third child with her husband, businessman Dino Lalvani in June this year. Now, the couple has shared the first picture of their daughter on Instagram. They also revealed the name of their daughter. 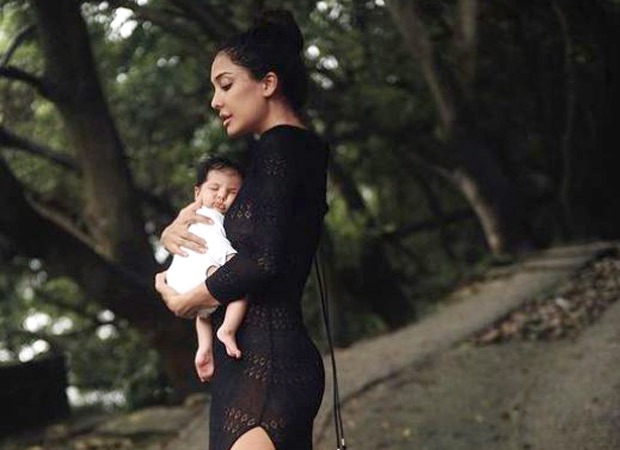 On Saturday, Dino took to Instagram to share a stunning picture of Lisa carrying their baby girl in her arms. Dino revealed that he created the Instagram page just to share their baby's picture. They have named her Lara.

“MY GIRLS @lisahaydon and LARA. Finally caved and created an Instagram account. Going to try and share what drives and motivates me at home and at work (sic)," he wrote.

Lisa reposted the pictures on their Instagram stories and wrote, "We love you baby girl with everything you’ve got..You are heavenly perfection."

Lisa got married to Dino Lalvani in 2016 and welcomed her son Zack in 2017 and her son Leo a few years later. She announced her third pregnancy in February this year.

Lisa had revealed the gender of the baby while announced her third pregnancy through a video. "So, I've actually been meaning to get on here to have a chat with you all and catch you up on stuff thats been happening lately. Honestly, the only reason I haven't so far is- pure laziness, there is no other excuse for this behaviour. Her son Zack joined her. She asked Zack to tell everyone what's inside her tummy. Zack says- ''A baby sister''”. She shared the video with a caption that read, ''#3 Coming this June".

ALSO READ: Housefull 3 actress Lisa Haydon shuts up a troll who said that her ‘baby will be cursed’, gains support from her fans