Vijay Deverakonda seems to have resonated with the layman as his humility has garnered ample fans. The Telugu actor recently left many impressed with his casual style at the trailer launch of Liger held in Mumbai. The fact that he attended the launch in simple slippers was applauded by many. He received a similar reaction when he took the Mumbai local train in South Mumbai recently and was accompanied by Ananya Panday. 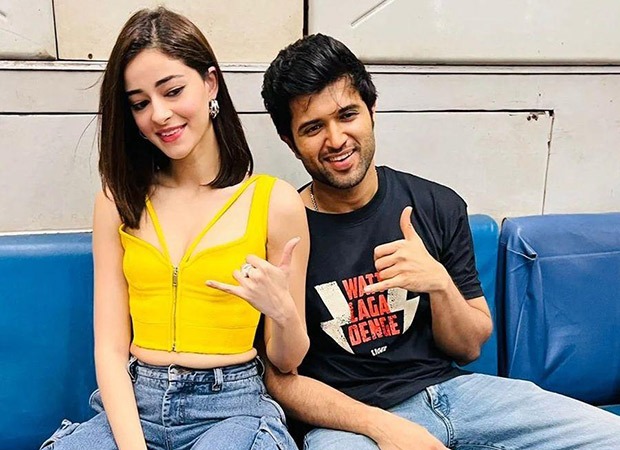 Ananya Panday and Vijay Deverakonda, who had to travel from South Mumbai for promotional event, decided to take an easier route to reach their destination. The onscreen couple took the Mumbai local train and a video of the surfaced online. They were spotted on their way to the audio launch of the forthcoming song from Liger, ‘Vaat Laga Deyenge’. Interestingly, Vijay was seen sporting a tee that made a reference to this track from their film.

Speaking about their train journey, it looked like Ananya Panday and Vijay Deverakonda boarded the first class compartment of their train and it seems like they travelled in an empty train. Ananya also shared a series of photos from her local train travel including one where Vijay is resting his head on her lap. She captioned them saying, “#LIGER promotions are “on track” ???????????? let’s go boyzzzzzz ????????”

On the other hand, speaking about the film, Liger is directed by Puri Jagannadh and it marks the debut of Vijay Deverakonda in Bollywood. Produced by Dharma Productions, the film also features American boxing legend Mike Tyson in a pivotal role. While the trailer was released recently with much fanfare along with Ranveer Singh making a guest appearance, the film is expected to release in multiple languages too. It is slated to release on August 25 in Tamil, Hindi, Malayalam, Telugu, and Kannada. This will also be Ananya Panday’s first pan India film.

Also Read: Koffee With Karan 7: Vijay Deverakonda and Ananya Panday confess going on a ‘friendly’ date during the shoot of Liger