South Korean broadcasting company tvN has shared a sneak peek of its upcoming drama Melancholia. After the official posters has been released of Lee Do Hyun and Im Soo Jung, a promo has been dropped on YouTube making viewers exciting about the lead actors' chemistry. 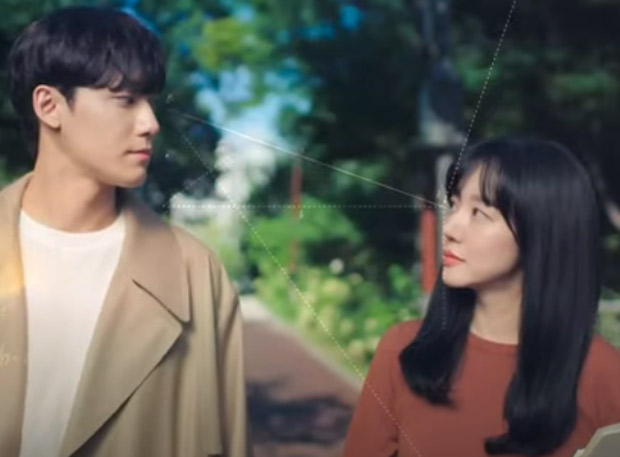 In the newly released teaser for the drama, Ji Yoon Soo (played by Im Soo Jung) and Baek Seung Yoo (played by Lee Do Hyun) are visibly drawn to each other as their every step, movement, and interlocked gaze is defined by mathematical equations. Ji Yoon Soo says in voice-over, “Even if we don’t have the answers…” and Baek Seung Yoo finishes, “…the moments that we gave it our all.”

Set in a private school that is rife with corruption, Melancholia will tell the story of Ji Yoon Soo, a passionate teacher who wants to show her students the joy of math even though they’re caught up in the hell of entrance examinations for university. She regards Baek Seung Yoo, who is ranked last in the school despite being a famous math prodigy as a child, with sincere feelings as a mentor. Baek Seung Yoo, who had lost all interest in math, finds his interest in the subject awakened again when this teacher comes into his life.Ji Yoon Soo and Baek Seung Yoo fights to overcome social conventions and prejudices together.

On the work front, Lee Do Hyun was last featured in Youth of May earlier this year and is also set to star in Netflix’s Bloodhound with Kwak Dong Yeon. However, Im Soo Jung was last seen in 2019 drama Search: WWW.