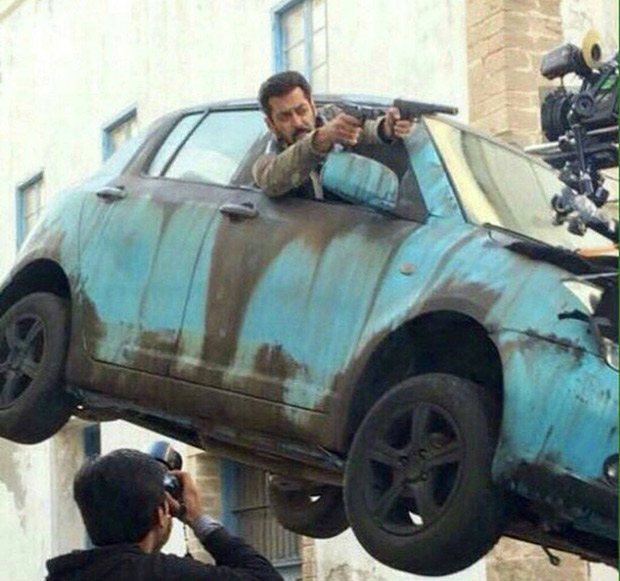 Salman Khan and Katrina Kaif are coming back together after 5 years in their action romance drama, Tiger Zinda Hai. The actors are leaving no stone unturned in their last days of the shooting in Abu Dhabi. While the shooting is about to end, director Ali Abbas Zafar is creating a lot of buzz around his upcoming film by sharing glimpses of the lead actors, on set pictures etc.

Now, Salman Khan’s latest leaked stills from the sets of the film are making fans even more restless and excited at the same time. The latest still from the climax shoot shows Salman Khan pointing guns from inside a flying car. 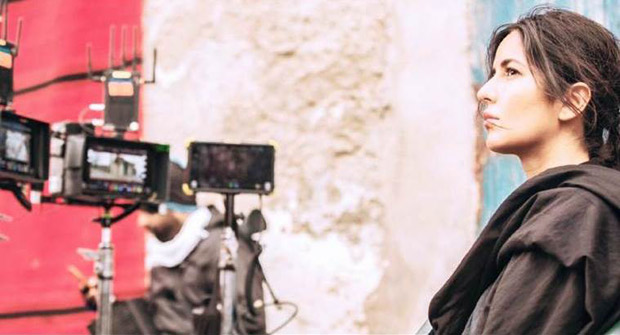 Besides this, we also came across a photograph of Katrina Kaif caught in a moment behind the camera. Sporting her look from the film, Katrina was lost in her thoughts.

Tiger Zinda Hai is expected to have some high octane action sequences. Katrina Kaif and Angad Bedi were seen training in a shooting range and learning how to handle guns and rifles. Tiger Zinda Hai is set to release on December 22, 2017.