The much-delayed Andy Muschietti’s The Flash film is currently under production in New York. The standalone project brings Ezra Miller back as Barry Allen in supersuit. The set pictures taken by fans and paparazzi are going viral on social media where you can get your first glimpse of Ezra Miller and Kiersey Clemons as Barry Allen & Iris West, Michael Keaton returning as Bruce Wayne aka Batman, Sasha Calle's first glimpse in Supergirl costume. 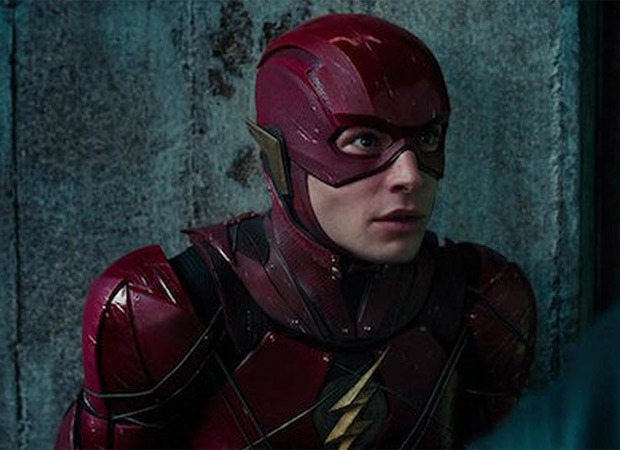 Miller was seen wearing a grey suit, while Clemons donned a beige trenchcoat in the leaked photos. Sasha Calle wore a detailed supergirl suit in the photos. According to Collider, "Based on the detailing of her suit and new look, it wouldn’t be a surprise if she is playing Lara Lane-Kent, the Supergirl introduced in the Injustice: Gods Among Us comic series." It seems like Calle might not play Kara Zor-El as everyone was expecting previously.

Ezra Miller as Barry Allen on the set of THE FLASH. pic.twitter.com/iQDVHHboJn

Michael Keaton was sporting grey hair and was in a sharp suit. The actor is returning to the role after Tim Burton’s 1992 film Batman Returns. His look in the leaked pictures reminded everyone of older Bruce Wayne from Frank Miller’s The Dark Knight Returns storyline.

BREAKING: We have our first look at Michael Keaton returning as Bruce Wayne in #TheFlash! pic.twitter.com/BXP7xRvarC

Interestingly, Ben Affleck will also reprise the role of Batman/Bruce Wayne in The Flash movie. The film, written by Birds of Prey and Bumblebee writer Christina Hodson, will focus on the Flashpoint storyline in comics. The Flash is scheduled to be released on November 4, 2022.