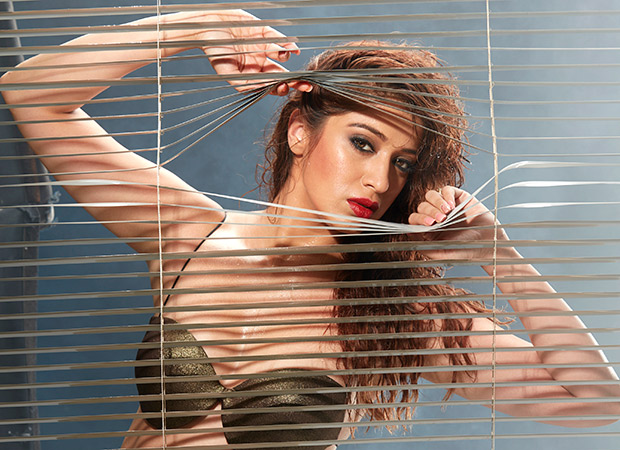 In this week’s release Julie 2, in a love affair replicating the alleged real-life liaison between actress Nagma and ace-cricketer Sourav Ganguly, there is a scene of lovemaking between the actress played by Laxmi Rai and the cricketer, as enacted by TV actor Saahil.

That sequence of torrid intimacy found its way on the net a day prior to the release. Laxmi Rai says she is shocked by the leakage. “Who does these things? Why do only intimate scenes get leaked on the internet? I was very upset because the scenes leaked also feature shots that were deleted from the edited version that went on screen. Not everything that is shot during a love-making scene turns out aesthetically. Those who do these things (piracy) don’t seem to understand the effort that goes into doing such scenes.”

Laxmi Rai wants legal action to be taken against the people responsible for the leakage. “The producers promised to take action. But I don’t know what’s being done.” Coincidentally Laxmi Rai herself was in a relationship with a cricketer M S Dhoni, just like her character in Julie 2.

“That’s not the coincidence I’d like to dwell on. I’d rather marvel at the coincidence of me having done Julie 2 in three languages, just like my illustrious namesake the legendary Malayalam actress Laxmi who did a film called Julie in several languages in the 1970s. In fact the Hindi version of Laxmiji’s Julie introduced Sridevi to Hindi cinema,” says Rai Laxmi proudly.

Laxmi Rai is kicked by the release of Julie 2 on many counts. “It is my first release Hindi. And the Telugu film industry is very happy for me. In fact Chiranjeevi Sir posted a message on Twitter wishing me all the best. I couldn’t have hoped for a better start in Hindi.”

She says her experiences in South Indian cinema have always been happy experiences. “Whether it’s Malayalam, Tamil or Telugu cinema, I’ve always been treated with a lot of respect by all the film industries and my co-stars. I hope I get the same in Bollywood.”

She is proud to say she has spoken her dialogues in Hindi. “There is that South Indian twang audible in my Hindi. But my director Deepak Shivdasaniji says that’s a good omen. Because Hema Maliniji and Srideviji still have that twang in their Hindi.”

“You don't have to wait in long lines, your…