“I am so happy to hear that his son has finally come home. I can only imagine the pain that Shah Rukh Khan and his wife Gauri have gone through," says Lataji, wishing Shah Rukh a happy birthday. Lataji and Shah Rukh share a very special bond. The Khan once said he wished the Nightingale could sing for him. 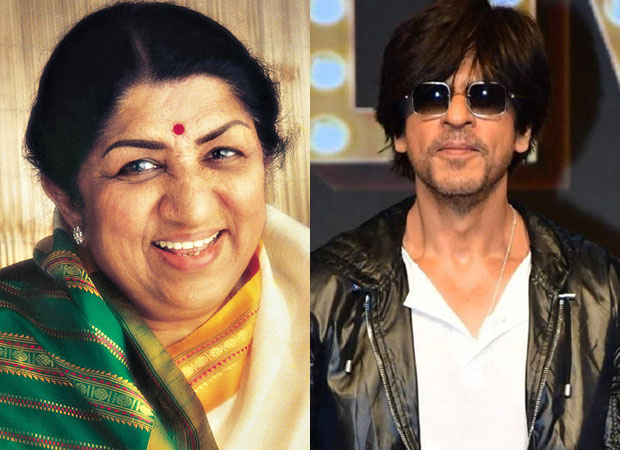 Lataji Mangeshkar on her special bonding with Shah Rukh Khan

Lataji says, “I first saw Shah Rukh in a serial called Fauji. It was the era of Doordarshan There was something special about him even back then. Then I saw him in a film called Chamatkar with Urmila Matondkar. Shah Rukh was so innocent and honest in his performance. Later I saw Deewaana and Baazigar in which he played a negative character. It was quite evident that Shah Rukh could play any kind of role.”

Lataji praises Shah Rukh’s dancing, “I remember him saying somewhere that he had no sense of rhythm and dance. But when I saw him in that song ‘Ruk Ja O Dil Deewane’ in Dilwale Dulhaniya Le Jayenge. Ussmein itna sahi acting kiya tha unhone. Then I saw him dancing to ‘Chaiyyan Chaiyyan’ in Dil Se. He moved like a dream.”

About his historic desire to have the Nightingale sing for him, she laughs, “Dilip Kumar saab whom Shah Rukh is compared with also expressed this humbling desire. I wish I could sing for Shah Rukh. His expressions are so correct in the songs.”

Some years ago when the formidable artiste tweeted to wish Shah Rukh Khan a happy birthday she also downloaded a song from Dilwale Dulhaniya Le Jayenge as part of tribute to the Khan’s talent.

It was a solo number featuring Shah Rukh only.

Laughs Lataji, “I was bombarded on Twitter with requests for a duet featuring me in the vocals. But it was Shah Rukh’s birthday and the song had to feature only him. This birthday I wish all his troubles to vanish.”