As the five-day fashion fiesta harkening the spring-summer glory, Lakme Fashion Week Summer/Resort 2018 concludes today, Diana Penty added glamour to ace designer Punit Balana’s show. The designer showcased his collection titled, ‘Bagru’ and Diana Penty played the apt muse sashaying down the runway, reminiscing her days as a professional model before she turned to acting. Speaking of being the showstopper for Punit Balana, Diana was quoted, "I have always been very minimalistic and I prefer being comfortable in what I am wearing. Punit’s clothes are perfect for a casual day out. I am looking forward to walking for him at the Lakme Fashion Week.” As for Punit Balana, "Diana was a perfect choice" as a showstopper. "Her personal style emulates the essence of Bagru, which showcases very contemporary yet comfortable silhouettes," he said. Known for her penchant to pull off fuss-free styles with an effortless charm and an easy smile, Diana Penty epitomises all things simplistic and minimal yet classy and fabulous.

The collection, Bagru encapsulates the art of creating vivid and intricate prints through use of natural dyes and traditional techniques. This 400-year-old art of printing is a namesake to the town it originated in and its relevance to today exits in its eco-friendly technique. The dyes used in this process are natural and so are the processing agents. In addition to providing economic support to the ‘Chippas’ of Bagru, this technique revives the unique traditions of India. Here is a closer look at Diana’s radiant avatar as a showstopper for Punit Balana. 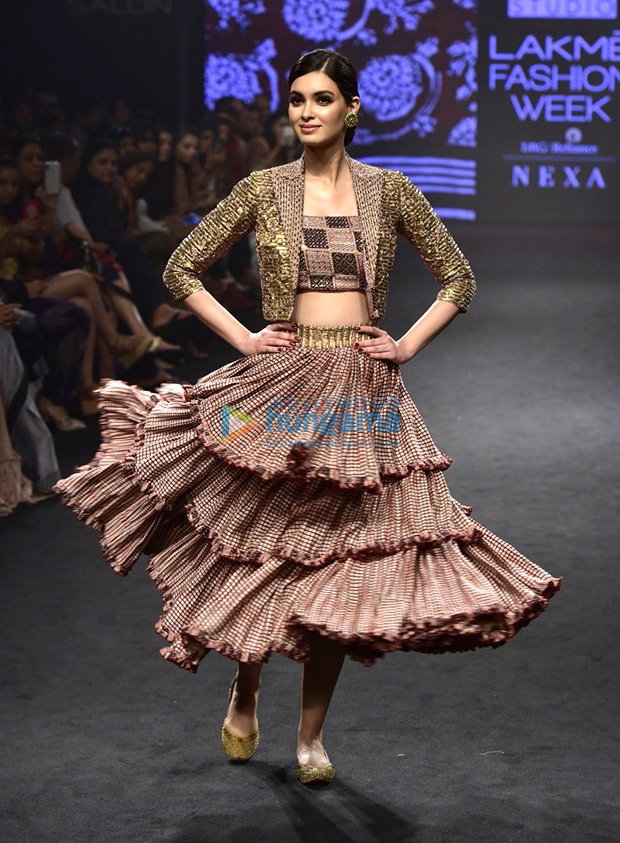 Diana donned a cropped top with a voluminous skirt and layered her look with a cropped antique gold jacket. A chic hairdo, minimal makeup of shimmery and well defined eyes, nude lips rounded out her look. 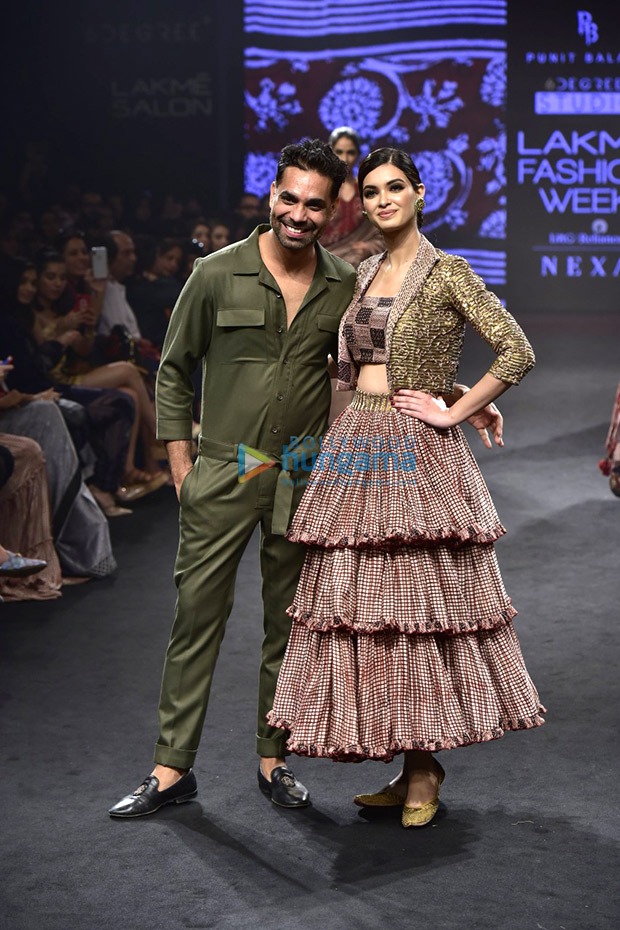 With the hope that traditional techniques find a place in the world "dominated with machinery and mass production, Punit Balana’s collection featured all things breezy and classy – summer staples for everyone to flaunt for the season.

On the professional front, Diana Penty is all set to light up the silver screen in Parmanu: The Story of Pokhran with John Abraham slated for a release on April 6. The actress will also be seen in the sequel to Happy Bhag Jayegi alongside Sonakshi Sinha.