A few days back, a lot of brouhaha happened in the trade and industry circles, and also fans as the impending Christmas clash of 2020 was averted. Aamir Khan put out a tweet stating that his request for Akshay Kumar-starrer Bachchan Pandey’s postponement was accepted and that the Sajid Nadiadwala production would now release on a later date. This would now pave way for his much awaited flick Laal Singh Chaddha to release solo on December 25. 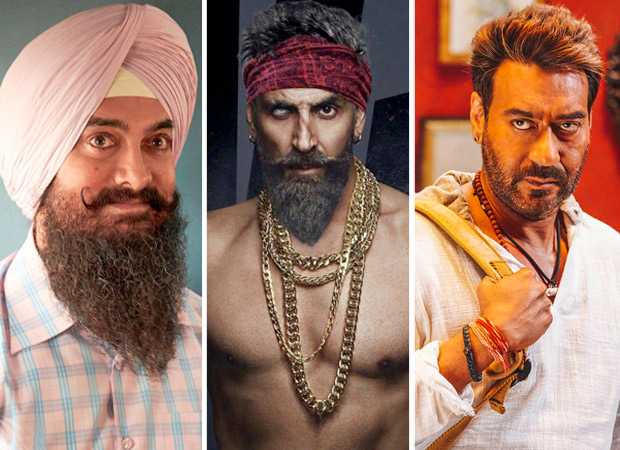 While the biggest of actors have to contend with a clash when they present their much awaited film, Aamir Khan has largely been unaffected by it, at least since the last 12-13 years. The same goes for Salman Khan too but this year, he’ll finally face competition for his Eid release Radhe: Your Most Wanted Bhai as Akshay Kumar-starrer Laxmmi Bomb also arrives on the same day. As for Aamir, he has always managed to drive out competition and ensure that his film doesn’t have to share screen space with any other film. And if a clash does happen, he manages to get an upper hand, at least initially.

In Diwali 2014, during the trailer launch of his action film Action Jackson, Ajay Devgn took a slight dig at Aamir that if he moves his film PK from Christmas, he’d love to bring his film on the festival. 3 years later, both did clash on Diwali. Aamir Khan-produced and fronted Secret Superstar was a medium-budget film which clashed with one of the biggest films of the year, Golmaal Again. At first, the clash made absolutely no noise as everyone expected Secret Superstar to have a small release and hence would not dent Rohit Shetty’s directorial. But just a few days before release, it came to light that Secret Superstar usurped almost 45-50% of shows in the all-India multiplex chains, leaving only 50-55% for Golmaal Again. Golmaal Again makers had asked for 60-70% shows but their demand was not met. The standalone multiplexes also followed the footsteps of big multiplex chains and made a similar division of shows for both the films. Golmaal Again producers Reliance Entertainment then did not allow PVR and other major multiplex chains to open advance booking for their film till the last moment. Finally, the multiplex chains agreed to increase the shows but not up to the desired level. Amidst all the madness, Aamir Khan made an unpredictable move. When he realized that Golmaal Again clearly has more audience and that it has taken an earth-shattering opening that too in just 3500 screens, he decided to give additional shows to them from the second day.

A trade official, on condition of anonymity, reveals, “If Aamir Khan could pull off something like this for a small film like Secret Superstar, imagine what lengths he would have gone to block screens for Laal Singh Chadha, which is expected to be one of the blockbusters of 2020. It was a wise move by Sajid Nadiadwala and Akshay Kumar to move Bachchan Pandey on some other date.” 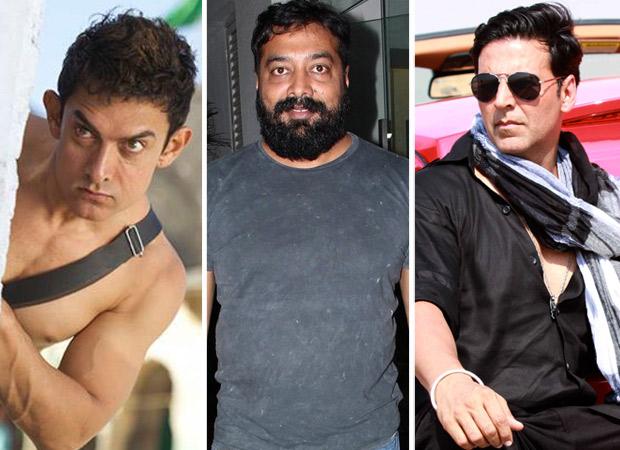 5 years ago, Anurag Kashyap got the shock of his life when he was busy shooting for his ambitious period flick Bombay Velvet in Sri Lanka. This Ranbir Kapoor-Anushka Sharma starrer was to release on Christmas 2014. Suddenly, Aamir Khan and director Rajkumar Hirani announced that they too are bringing their film PK on the same day. Anurag spoke to Bollywood Hungama exclusively at that point and said, “When we heard of the stories that they are coming on the same day, I asked, please let us know. Raju said it hasn't been decided yet. Three days later Aamir announced on Twitter. It came as a shock. I expressed my thoughts to them on a personal level. All they had to do was pick up the phone. Now we don't have an option. We can't prepone the release date”. Ultimately, Anurag didn’t advance but they had to move Bombay Velvet’s release by at least 5-6 months. However, he did bring his delayed small-budget film Ugly a week after PK. But it hardly got a 350 screen release and was a flop.

PK-Bombay Velvet row and Golmaal Again-Secret Superstar row is still memorable for some. However, many have forgotten how Aamir Khan tried to hamper the chances of a film releasing even a week after his own. His suspense drama Talaash released on November 30, 2012, a week before Akshay Kumar-starrer Khiladi 786, that opened in theatres on December 7. This was a time when the industry had just seen the rise of a trend – booking of theatres, by hook or by crook, so that no other film can get screens during that period. Yash Raj Films, producers of Jab Tak Hai Jaan, were the pioneers here and it led to lot of tension for Ajay Devgn whose comedy Son Of Sardaar clashed on the same day. Aamir and the producers used this technique and tried booking single screens for two weeks for Talaash. This was confirmed by distributors on record. Thankfully, they didn’t implement their plan. Khiladi 786 got a release in 2750 screens, which was more than Talaash which released in around 2550 screens.

Of course, it’s not like Aamir Khan is the only one who tries to get as many screens as possible. Most producers do the same when they face a clash and they go to any lengths to achieve their goal. However, there’s a difference when it comes to Aamir. “Aamir Khan enjoys a great trust among the audience and even the exhibitors love him as his films always get viewers in hordes. Hence, they give in easily when he asks for more shows during clashes, leaving the other film to suffer,” explains the trade source and signs off.