On her birthday, film and television producer Ekta Kapoor was in for a big surprise as the cast of her iconic show Kyunki Saas Bhi Kabhi Bahu Thi came together to record a special video. The entire cast including Smriti Irani, Ronit Roy, Ram Kapoor, Sudha Chandran, Hussain Kuwajerwala, Pulkit Samrat, Hansika Motwani and Mouni Roy reunited for the first time after the show was first aired. 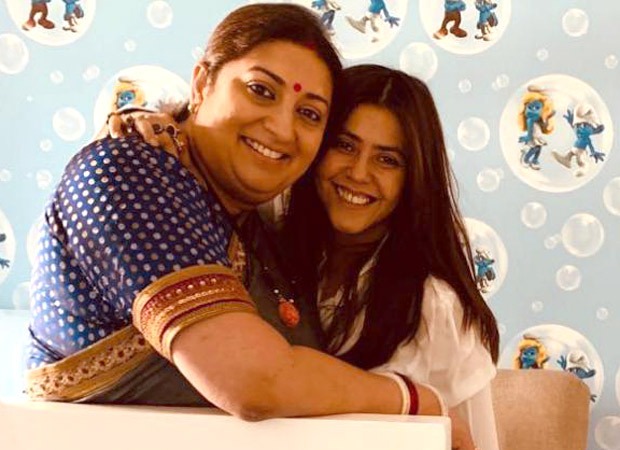 Smriti Irani took to Instagram to share the video and wrote, "#HappyBirthdayEktaKapoor.  Look who all came together after 20 years only for @ektarkapoor..”

"We came together after such a long time only to wish you on your birthday. We are those people who bought our first house, our first car because of you. We reunited because we love you," Smriti is heard saying in the video.

“We love you because not many in India know that while we all celebrated these successes, you quietly helped many kids across orphanages and you fed many elderly across old-age homes, and that is what makes you extremely special,” she adds.

Ekta was overwhelmed by the gesture and commented, “This has made me cry!!! Thankuuuuuu everyone specially uuuuuuuu!”